iPhones have always been great devices and have been the center of appreciation by Apple fans. One of the best iterations of the device is the iPhone 5S, which was perfect in every way. Of course, Apple tried to recreate the 4-inch magic in a more affordable way with the iPhone 5C, but that one failed at the market. Apple then moved on to the iPhone 6 and brought a new, better design, and internals were given a huge bump in the iPhone 6S.

But Apple soon realized that people were asking for another 4-incher iPhone, and the company did manage to put together an excellent device in the form of the recently launched iPhone SE. The SE brings the power of iPhone 6S in the body of 5S. However, the early sales reports of the new device have been average and it seems that the iPhone SE could not impress Apple fans.

Why? Well, there are a lot of reasons for it. 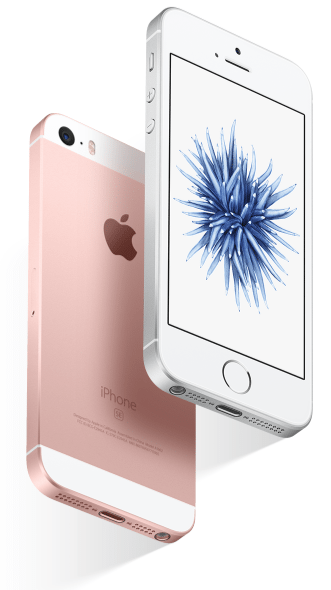 We could guarantee that if the iPhone SE came with the new design seen in the iPhone 6 and 6S, the device would have been a hit. And that’s what most of us were expecting. However, Apple was thinking the other way and probably guessed it wrong that we wanted a repeat of the 5S.

Yes, that’s what the SE is from outside. It’s nothing but the iPhone 5S with almost all the hardware of the iPhone 6S. After seeing the smoother, slimmer, and more modern design of the 6S, Apple fans could not except the aged look of the SE. Why didn’t Apple just make a dwarf iPhone 6S? Some say it’s for reducing the costs, but whatever it was, it wasn’t a smart decision.

Before you say that 3D Touch isn’t important, we are talking about Apple fans here. Those who have used the 3D Touch in the iPhone 6S will swear by it, as it is a really useful feature and is loved by users. Those who own an iPhone 6S just can’t go back to an older iPhone because they are so used to using the 3D Touch functions of the flagship. This is why Apple fans will consider the 6S over the SE unless they want a 4-incher.

Until the iPhone 6 came out, everything was fine as people were living with the 4-inch iPhone 5S. However, after they switched to the iPhone 6, most of them got habituated to the larger screen, which is obviously better. Now those looking for an upgrade will of course appreciate the fact that the SE offers everything that the 6S does except 3D Touch. But at the end, they will go with the 6S because of the larger screen, and it isn’t uncomfortable large.

But the iPhone SE is Popular Among New Apple Customers

That’s right. Even though Apple fans might like the SE and many analysts had said that the iPhone SE might not witness great sales, the iPhone SE is selling like hot cakes. The people who are buying this 4-inch iPhone are either new to Apple and want to start with a 4-incher or are those who are upgrading from the 5S but don’t want a larger screen.

Also, many would be shocked to know that the demand for the iPhone SE is actually exceeding the supply, and Apple is having issues keeping the new device in stock. The sales are doing great and there are rumors that Apple might introduce another 4-incher next year. That’s just a rumor, but if the phone comes with a newer design, it might surely strike the right chord with Apple fans.