iPhone 7 Plus is rumored to be the larger iPhone with a screen size of 5.5 inches, and it’s also said to be the world’s first iPhone to have a dual camera. From the internals, all ‘to be announced’ models will feature an A10 chipset, and according to the latest benchmarking score, the chipset will feature a dual-core processor running at a very high clock speed. In fact, iPhone 7 Plus records a very high score in Geekbench, showing what software optimization and an improved CPU and GPU design can do for you.

The chipset is manufactured on TSMC’s 16nm FinFET technology and the processing cores are both running at a speed of 2.37GHz. This has yet to be determined if the speed is running at its maximum potential, or if it’s a default clock speed, but the month of September will end all claims and rumors once and for all when both devices are officially announced. 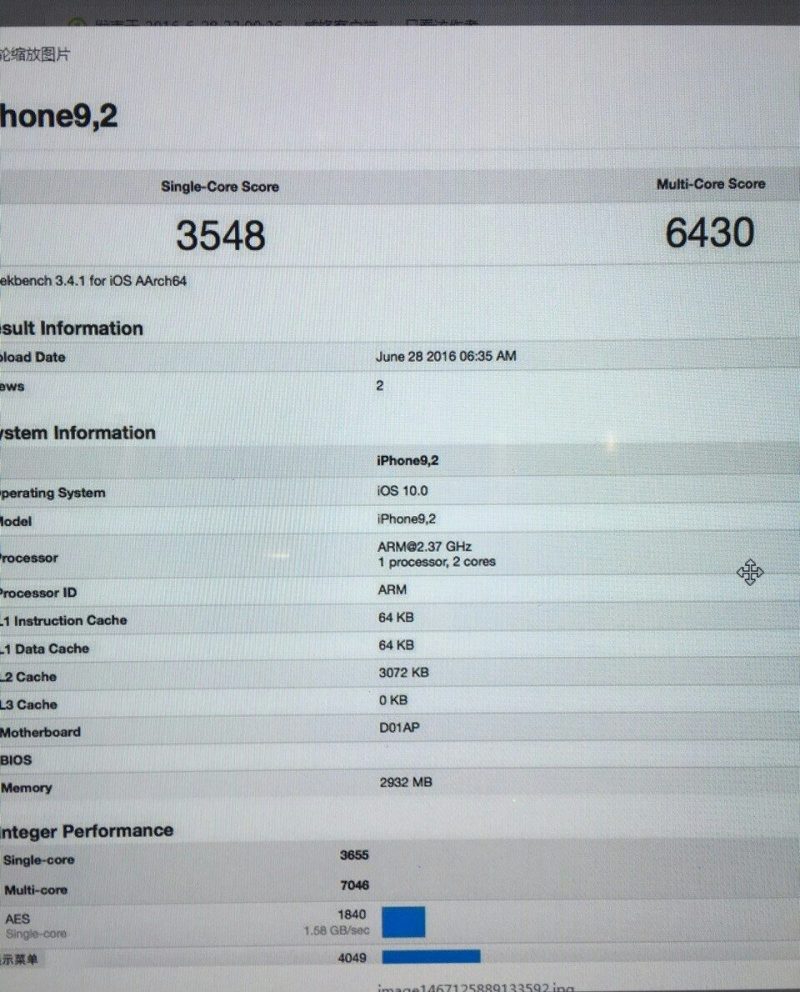 Here is one more thing that you didn’t notice about the smartphone; located in the details below, iPhone 7 Plus could also feature 3GB of RAM, as suggested in the hardware specifications. While 3GB of RAM will consume large amounts of battery, iPhone 7 Plus has been tipped to feature a 3,500mAh battery, which is massive, even by Apple’s standards. iPhone 6s Plus comes with a 2,715mAh battery, and jumping all the way through with a 3,500mAh juicer sounds a bit farfetched.

There is also a rumor suggesting that iPhone 7 Plus could come without a physical home button and is going to be replaced with a 3D Touch home button instead. Apart from this, we keep hearing rumors of the removal of the headphone pack, but there is only one month remaining for both iPhones to be announced, so we’re sure that we can summon up a little patience in order to get to know what exactly is present inside both handsets.