MobiPicker
Mobiles iOS iPhone 7, iPhone 7 Plus / Pro Prices Leaked for All Storage...
Share on Facebook
Tweet on Twitter
Deal Alert: 49% Off on ExpressVPN
Touted as #1 VPN in the world, ExpressVPN is now offering 49% off & an additional 3-months of service on its annual plans.

A lot of leaks and rumors related to the iPhone 7 are flying around in the smartphone industry. A lot of specs and features of the upcoming iPhone have already leaked out, and it is currently believed that we might possibly see three variants of the iPhone 7, the other two being the iPhone 7 Plus and the iPhone 7 Pro. Today, a popular Chinese tipster has leaked out the possible iPhone 7 prices. To avoid confusion, we have laid out all the prices leaked by the tipster in a neat table below. 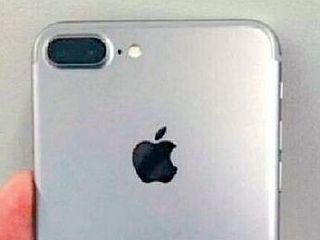 As you can see, the iPhone 7 seemingly starts at 32GB storage option, so we might not get the 16GB version from this year onwards. The iPhone 7 does not get a 128GB option, while the iPhone 7 Pro comes with 256GB storage in the top variant. The iPhone 7 Plus and Pro do not offer 64GB variants.

The pricing starts at around $802 for the base variant of the iPhone 7 and goes as high as $1349 for the top-end iPhone 7 Pro variant. If you remember, we had provided identical iPhone 7 prices in a recent report, so this tipster might be providing us an accurate information after all.

Of course, we suggest you to take this report with a pinch of salt as nothing is confirmed yet from any official source. We’ll keep you updated on this, so stay tuned.