We’ve haven’t been able to tire our tongues striking Samsung’s Galaxy Note 7 at every chance we got but turns out that Apple’s iPhone 7 isn’t any different from the Android flagship phablet. According to the latest update and pictures as evidence from a Chinese website, it appears that iPhone 7 is suffering from the same bizarre battery issues as the Galaxy Note 7.

One Reddit user managed to post a picture of the destroyed iPhone 7, showing all the world to see that despite Apple’s dominance in the smartphone universe, even its phones cannot escape the dreaded battery issue, which seems to be moving around like a plague, to be honest. Taking a look at the images, you can see that the phone’s screen and backside have been split open, revealing all the internals in the process, which were naturally destroyed as well. 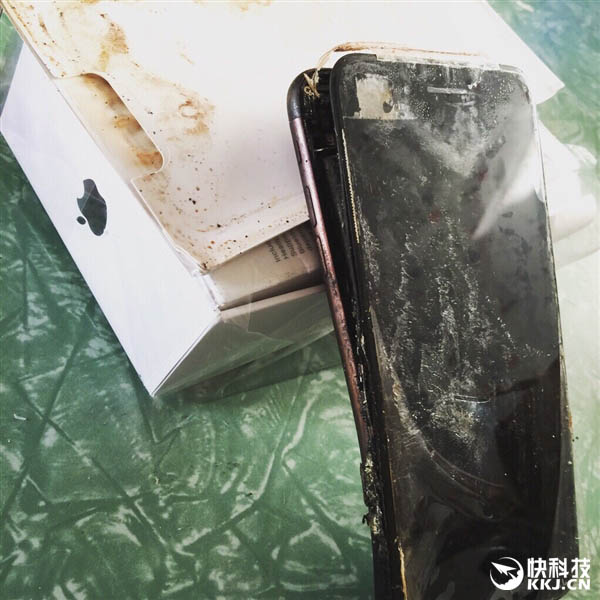 It has not yet been deduced which element was responsible for the exploding iPhone 7. Some are saying that it was a factory defect, while others are saying that the explosion might have taken place while it was being shipped to the customer. Whatever the case maybe, Apple should carefully look into this problem with both of its eyes wide opened otherwise it could be suffering the same fate as Samsung and its Galaxy Note 7.

So far, Apple has not responded to the issue, but we’re more than sure the PR of the firm is going to be making an announcement real quick. On a side note, while you’re charging your iPhone 7, make sure not to charge it with a third party charger that has not been certified for use with the iPhone 7. Instead, use the bundled charger, and continue to use it wherever possible.