The next big iPhone launch is still a lot of months away, but that hasn’t kept away the rumors. The iPhone 7 has already started leaking out and rumors have been pouring in from all sides. A new video was found today on the internet and is said to display the alleged the iPhone 7. But before we proceed and tell you more about the prototype, please remember that this video can be a fake, so take this news with a pinch of salt. 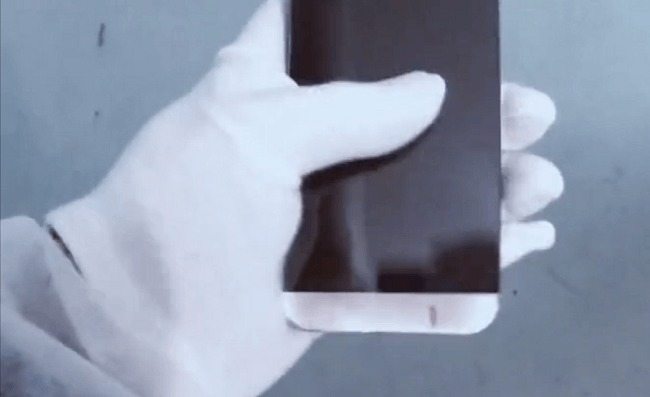 The video is supposedly shot at Foxconn, which is suggested by the uniform and gloves of the person holding the phone. The person seems to be an assembly line worker and tries to show us the alleged iPhone 7. However, after a few seconds, a shout saying “Hey” is heard and it seems that someone caught the worker filming the prototype.

Now first of all, the whole video looks so dramatic and the shout at the end makes it look like the video has been made that way purposely to make it look very real. Talking about the iPhone in the video, the body has a bezel-less design and skips the home button. A camera is spotted at the rear without a flash. A front camera can also be seen in the centre of the facade. And though the iPhone 7 will be coming with a new design, the video seems to be fake.

Having said that, we do expect some new iPhone 7 leaks early next year, so stay tuned!