Surprisingly, there has been relatively few debates on the potentials downsides and threats that something as groundbreaking as Internet Of Things  (IoT) invariably comes with. For one, public security services have been focusing on how difficult it is for them to carry out their surveillance in the face of extremely powerful encryption used by the carriers of mobile devices. However, they broke their silence on the matter today in a way that is shocking – the US director of national intelligence – James Clapper, has conceded that they are capable of using something such as IoT for surveillance. 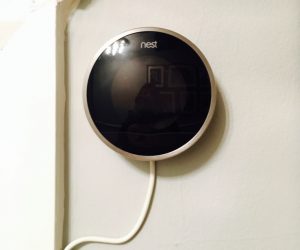 For those who are not aware, IoT is a system of interconnected electronic devices of various degrees of complexity that are capable of interacting with each other and carrying out simple operations. For example, IoT  can make the opening of your front door turn on the kettle. In the context of surveillance, it simply means that using it, intelligence agencies can use devices that do not belong to them, such as your phone, and use it to track a user’s location, identity, user credentials, and even potentially use your phone against your wish.

This statement comes immediately following a Harvard University research paper on the issue, which predicted that IoT would lead to a surge in surveillance using the means. Moreover, a recent Pew study informed us that Americans are getting more and more used to being watched over by a Big Brother, what in the light of last year’s Edward Snowden leak. A good thing about the whole problem is probably that the government is taking it seriously – Obama’s fiscal budget for next year has allocated $19 billion to cyber security.