Apple iOS 9 was released three days ago and, according to the latest statistics from Mixpanel, it already has an almost 20% adoption rate. Considering that the iOS 8 had an adoption rate of over 90%, we believe the new software’s rating will increase with time. 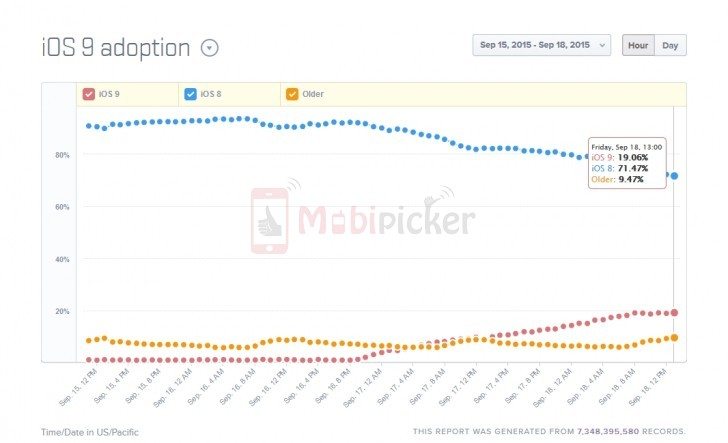 These statistics are even more impressive when compares to Android’s OS adoption rate. Recently, the latest version, Android Lollipop, climbed 20%, while about 39% of Android users have stuck to the 2 years old KitKat version. This shows that software update really is a fundamental problem in Android and gives Apple a clear advantage. 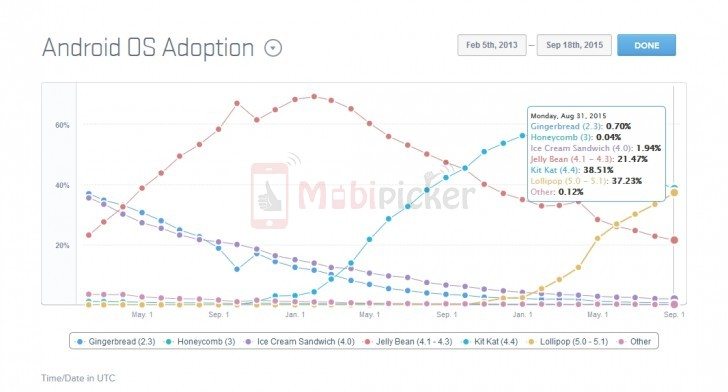 A reason for this might be the fact that updates on Google’s OS take a very long time to spread in the Android community. It is quite easy to understand why this happens; there are hundreds of varieties of Android devices today, each one choosing a different version. Apple, however, has never had such problems with its static iOS.

There are many reasons why it took iOS 9 such a short time to permeate the public, but a major reason is the ease of installing it; the update takes about 2GB, but Apple makes it easy by deleting enough apps from your phone to make your device capable of installing iOS 9, and then restoring the deleted items. Another reason everyone is updating to iOS 9 is that there have been many improvements and bugs from the earlier version have now been fixed!