Pangu’s iOS 9.2-9.3.3 jailbreak tool was released recently and is one of the most-awaited jailbreak releases ever. Nevertheless, now that the jailbreak is here, you may want to install the Pangu iOS 9.3.3 jailbreak as soon as possible. That’s because if you wait another week, jailbreaking might not be possible.

Apple will close the signing window for iOS 9.3.3 within a week or so. After that, you will not be able to install iOS 9.3.3 and will have to update directly to iOS 9.3.4. So if you do not want to be on an unjailbreakable firmware, you should install iOS 9.3.3 right now. 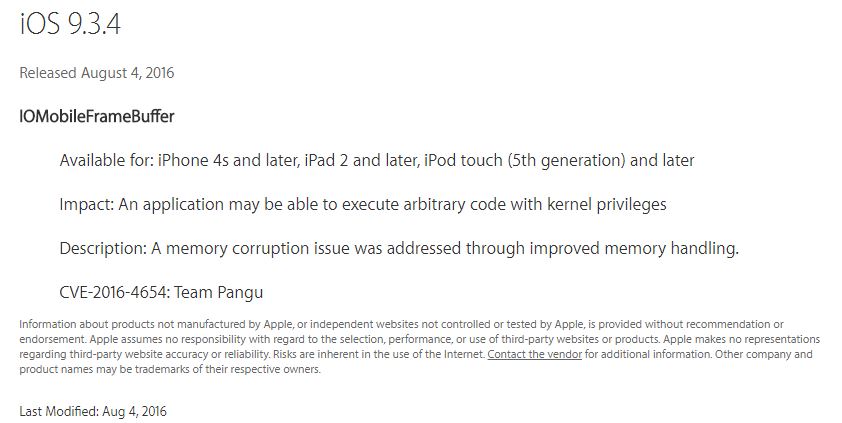 Talking about the jailbreak, no user has reported any kind of security issues with the latest Pangu jailbreak tool. So it looks like it is safe to use (of course, jailbreak has its own disadvantages). Another important thing is that in the iOS 9.3.4 release notes, Apple has mentioned Pangu’s name, thus making it clear that iOS 9.3.4 cannot be jailbroken using the new Pangu jailbreak tool.

So if you are a jailbreak lover, make sure you are on iOS 9.3.3 right now. After the signing window for the version is closed, you won’t be able to update without losing the jailbreak. Good Luck!