Note: Please scroll down to the end of the article for the latest news updates.

iOS users are eagerly awaiting iOS 10 that is expected to get unveiled by Apple soon, possibly at the upcoming WWDC 2016 event. Meanwhile, jailbreak lovers are keeping their fingers crossed for a new iOS 9.3.3 jailbreak that was rumored to release before the WWDC. Well, the GSMagic Team that’s new to the scene has said that they will release the iOS 9.3.3 jailbreak on 10th June, which is just a couple more days away. 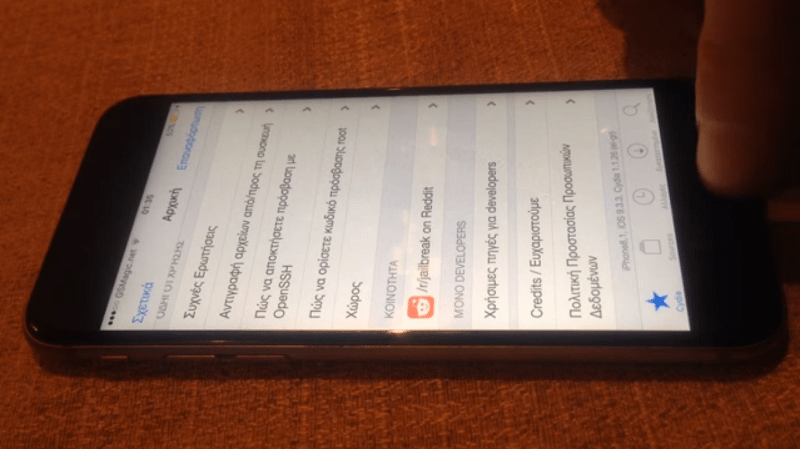 This new announcement comes as a surprise for most of us who were expecting the Pangu or TaiG team to release the next jailbreak. But instead, we are now apparently going to get the new jailbreak tool from a new jailbreak team we haven’t heard about earlier. GSMagic has made a lot of posts on Twitter regarding their upcoming jailbreak release, and all of them make the release seem more imminent.

The recent Tweets by the GSMagic Team suggest that the team has been getting a lot of “threats” or negative messages from people who are saying that the team is fake and isn’t going to release any jailbreak. The team also got in a Twitter fight with i0n1c jailbreak-maker Stefan Esser and famous hacker Luca Todesco who teases jailbreaks but never releases them. So far, GSMagic has been promoting itself very much via Twitter.

But is the GSMagic iOS 9.3 jailbreak real? Well, there are several possibilities. First of all, teams like Pangu and TaiG never talk so much and never advertise their capabilities; they just surprise us by releasing jailbreak tools suddenly and without prior announcement. Another explanation suggests that GSMagic is just pushing Luca Todesco or other hackers to release the jailbreak before the team.

Nothing can be confirmed right now, so all we can do is wait for 10th June to end. If we get a jailbreak, well and good. But if we don’t, we will just have to wait for another team to make some announcements. Otherwise, we will have to forget iOS 9.3 jailbreak completely and will have to look forward to the iOS 10 jailbreak.

Update (9th June 2016): It was only yesterday when we told you that the GSMagic Team might release the iOS 9.3.2 jailbreak. As it turns out, the iOS 9.3.3 jailbreak release date claimed to be 10th June by the team was false. The GSMagic Team posted on Twitter a few hours ago saying that they failed and no jailbreak will be released. Given below is the image posted by the team.

The GSMagic Team, who had given hopes to jailbreak lovers and had criticized Luca Todesco and i0n1c for not releasing jailbreaks after finding them, has failed, apparently. The team said that they tried really hard but have failed to meet their deadline, and they won’t be able to “make a stable release for the world”. The team has suspended the so-called “Project Ibykus” for iOS indefinitely and will suspend its social media accounts within a couple of days.

The GSMagic team got a lot of popularity when it claimed to have found a jailbreak and promised to release it on 10th June. The team had Twitter fights with popular hacker Luca Todesco and i0n1c jailbreak developer Stefan Esser and had challenged them to release jailbreak tools if they had really found the jailbreak. However, as it turns out, GSMagic was making fake claims just to intimidate other hackers and teams into releasing a jailbreak, and the team itself did not have the jailbreak. Twitter users are cursing, abusing, and trolling the team, which is something that the guys behind GSMagic deserve.

Meanwhile, a lot of fake jailbreaks are being reported, and people who are desperate for jailbreaks are falling in such traps. Remember that no iOS 9.3.2 jailbreak tool has been released yet, and popular hackers like Luca Todesco and Stefan Esser (i0n1c) have no intentions of releasing the jailbreak even though they have found it. So be patient and do not download any jailbreaks from untrusted sources, as the software might contain malware that might harm your device or might steal your personal credentials. And now that GSMagic has pulled its hands from scene, we’ll have to hope for another hacker or team to release the next jailbreak for iOS 9.3.3.

As GSMagic Team had posted a couple of days back, the Twitter account of the team is now locked and tweets are now protected, only to be seen by confirmed followers. But before that, the team had posted yesterday that they are not responsible for the account anymore and won’t be accountable in case any trojan or virus is posted through that account. We already know that the team is fake and was just playing around with jailbreak fans and other hackers, so we strongly suggest you to stay away from any iOS 9.3 jailbreaks by GSMagic.

Also, another fake team called “Taiyi Team” has been posting tweets since the starting of this month. The team initially claimed that they had found a jailbreak for iOS 9.3 and iOS 9.3.3 and were testing it for both 32-bit and 64-bit devices. They had said that the jailbreak would be released soon, but even this fake, rip-off team started Twitter war with popular hackers and developers like Luca Todesco and even Cydia-maker Saurik. Taiyi Team (name probably taken from the very popular and real TaiG team) finally failed to provide any proof of the jailbreak and it was clear that the people behind it were just making fake claims.

Update (17 June 2016): iOS 10 Jailbreak Found: Sadly none of the hackers could release an iOS 9.3 jailbreak publicly so far, but many have claimed that they have successfully jailbroken iOS 9.3. After a long wait for the jailbreak, all eyes are now turning towards iOS 10 jailbreak, and the good news is that the jailbreak for iOS 10 has already been found. Popular hacker iH8sn0w is behind the new iOS 10 jailbreak and to prove his claim, he has released a video showing his iPhone 5 running on a jailbroken version of iOS 10 with Cydia installed in it.

It is worth noting that iH8sn0w has also jailbroken previous versions of iOS but never released them publicly. So going with the previous record of the hacker, we don’t expect an iOS 10 Jailbreak release from him this time too. Of course, he could share the jailbreak exploits with Pangu or TaiG who could come up with a publicly-usable iOS 10 jailbreak tool, but that’s just a possibility. At least we have come to know that iOS 10 can be jailbroken, but Apple may fix the exploits by the time iOS 10 final version is released to the public. So let’s just hope that we do get an iOS 10 jailbreak when the time comes.

Update (24 July 2016): Great news guys. Pangu has released the jailbreak for iOS 9.2 – 9.3.3 versions. You can read more about the jailbreak news and download links in our separate post on iOS 9.3.3 Jailbreak.