Apple has already released the first beta of iOS 9.3.2, which is a minor update over the iOS 9.3.1 meant to resolve bugs and issues. iOS 9.3.1 itself was a major bug fixer for the issues that came packed with iOS 9.3. So yes, iOS 9.3.1 has earned a good name for itself as a firmware release that solves a lot of bugs, but that’s not enough for an iOS 9.3.1 jailbreak yet. That’s because iOS 9.3.2 is going to be released soon, and an iOS 9.3.2 jailbreak would make more sense as it would be more stable and safer.

You will be surprised to know that an iOS 9.3.1 jailbreak has been released already, but you wouldn’t want it. Curious? Go on and read the whole interesting story about how I uncovered a major trickery that was probably meant to feed malware into the iOS devices of unsuspecting users.

It all started when I spotted an article on VineReport written by Jenah Paclibar. The article said that the iOS 9.3.1 jailbreak beta tool was released and that the final version will be released for the public soon. The first thing that came to my mind was- why didn’t any other site report this release? Well, that started my “research and investigation” into the matter.

I visited the fake TaiG9 website (taig9.com) and saw that it was identical to the original site (taig.com) but with more decorations and extra-smart content. The fake site said that “Our competitor ‘Team Pangu’ recently upgraded their iOS 9.0 – 9.0.2 jailbreak tool…”. Why would TaiG promote its competitor? No, TaiG wouldn’t do that, not as of now, so TaiG9 is definitely fake.

Our Doubts on Fake Jailbreaks and Fake TaiG & Pangu Sites

First of all, the official Twitter accounts of Pangu and TaiG teams still have the original website address instead of the fake ones, which rules out the possibility of the teams getting a new website. Also, the chances of both the teams changing their website address together would be nil. And even if they did, that would be for a major cause and not when they already have a working site for whatever they need to post to the public. Apart from that, even if TaiG or Pangu released an iOS 9.3.1 jailbreak, they would announce it on their Twitter handles, which hasn’t been updated since weeks or months.

I am sure that the VineReport writer Jenah Paclibar, who wrote the misleading report, was not at fault. She surely got confused between the original and the fake websites, which led to her writing a report that could have put a lot of people’s data to potential danger. The writer herself gave a link to a Forbes article written by Antony Leather, who mentioned the fake TaiG9.com website in his article and confirmed that it was indeed fake. 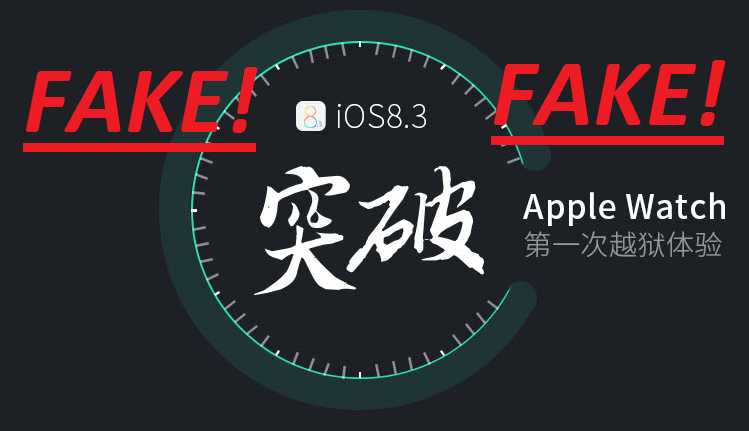 Needless to say, fake jailbreaks must be avoided at all costs. So avoid going to the fake websites we mentioned, and do not use the jailbreak provided there even for the sake of trying. Who knows what the alleged jailbreak would do to your iOS device. It might contain malware that could steal your data. So stay alert and only trust well-known sources, like the original Pangu and TaiG site or Twitter account.

Lastly, I would like to say that I believe Jenah Paclibar got clearly confused and did not provide the wrong information deliberately. However, she could have at least read the whole Forbes report before writing her article, and it wouldn’t have led to her providing wrong information, possibly a dangerous one. A humble request to all my dear tech reporter friends- please do your research properly and only then write your stories, as our trusted readers depend on us for accurate information and trust us blindly most of the times.

So that’s me and my MobiPicker team caring for our smartphone fraternity. I would love to hear your thoughts on the matter, so comment below and let’s talk.