MobiPicker
How To iOS 10: How To Use Interactive Notifications on iPhone / iPad With...
Share on Facebook
Tweet on Twitter
Deal Alert: 49% Off on ExpressVPN
Touted as #1 VPN in the world, ExpressVPN is now offering 49% off & an additional 3-months of service on its annual plans.

iOS 10 has managed to win hearts. With new lock screen, the new messaging app featuring bubble effects, better notifications, 3D touch application, redesigned apple maps and many more features, the iOS 10 is definitely worth the upgrade. On iOS 10, Apple has changed the way you get to interact with notifications. With iOS 10, you can now reply to any message right from the lock screen, without having to go through the hassle of unlocking your phone first, and then going to the app to reply. 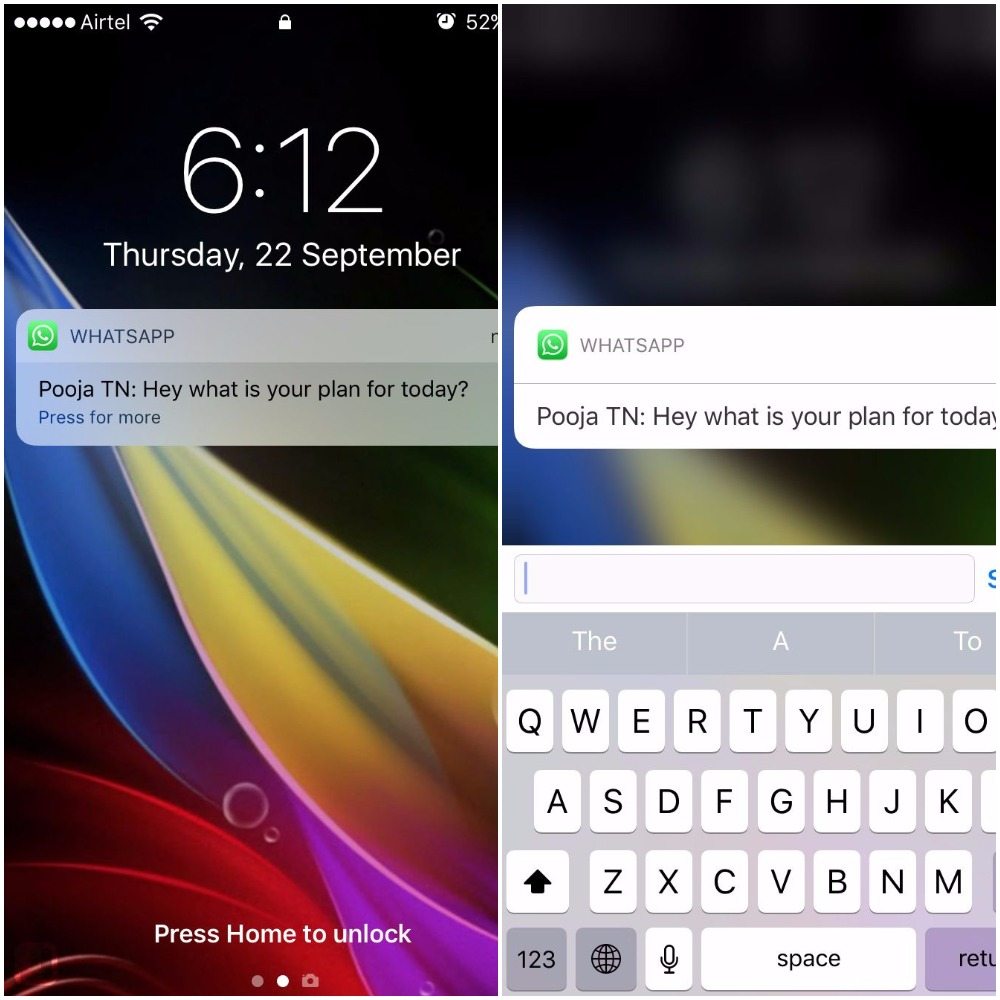 We understand that many users have chosen to skip the beta version and directly install the official iOS 10 build. If you have skipped the beta versions, you may not yet be very comfortable using the new features, including the interactive notifications. In this post, we’ll help you become familiar with interactive notifications and how you can respond to messages from the lock screen. Read on!

Using Interactive Notifications in iOS 10 on iPhone with 3D Touch

On devices that support 3D Touch (iPhone 6s, iPhone 6s Plus, iPhone 7 and iPhone 7 Plus), you can use interactive notifications with 3D Touch. To do this, follow these steps-

1. Whenever you receive a notification, activate 3D Touch by tapping and holding on the message.

2. The dialog box varies depending on which app has displayed the notification. You can now start typing in the reply in the dialog box.

3. Once the reply is sent, to go back to normal lock screen view, tap anywhere on the device screen.

Note that you will need to enter Passcode or Touch ID if you wish to jump to the app.

On devices that do not have 3D Touch, you can still use interactive notifications. Follow these simple steps –

1. Swipe left when you get a notification.

2. The dialog box will vary depending on which app has displayed the notification. Tap on Reply to respond.

3. Alternatively, tap on Clear to remove the notification.

There you go! You are now very comfortable using the interactive notifications on iOS 10. Facing issues with notifications? Do let us know by posting in the comments section!