MobiPicker
News Intex launched Aqua Q1 Plus with 4.5 inch display and 5 MP...
Share on Facebook
Tweet on Twitter
Deal Alert: 49% Off on ExpressVPN
Touted as #1 VPN in the world, ExpressVPN is now offering 49% off & an additional 3-months of service on its annual plans.

Intex has launched an entry-level smartphone Aqua Q1 Plus in its home country – India. The smartphone is available on e-commerce website Shoppingindiatimes at INR 4,720 ($76). Surprisingly, the handset is not updated on company’s official website yet. 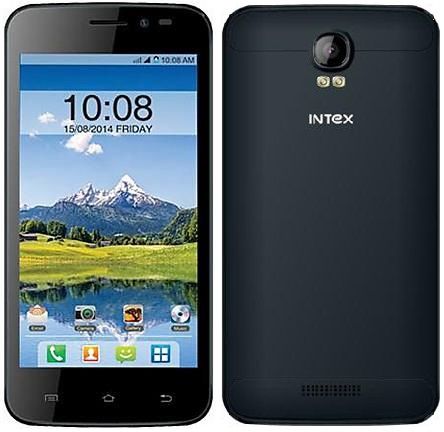 The Aqua Q1 Plus has a 4.5 inch IPS display with resolution of 854 x 480 pixels, and is powered by a 1.2GHz quad-core processor along with 512MB of RAM. It comes with dual-SIM support and packs a 5 megapixel rear camera with flash, a 1.3 megapixel front shooter, 8GB expandable storage, and a 1,600 mAh battery. The company claims 5-6 hours of talk-time and 150 hours of stand-by time on the fully-charged battery.