MobiPicker
News Intex Cloud 4G Star launched at Rs. 7,299 with 13MP rear camera...
Share on Facebook
Tweet on Twitter
Deal Alert: 49% Off on ExpressVPN
Touted as #1 VPN in the world, ExpressVPN is now offering 49% off & an additional 3-months of service on its annual plans.

Intex has unwrapped its latest budget friendly smartphone, dubbed Intex Cloud 4G Star. The phone will be available in Indian Market at the price tag of Rs. 7,299. 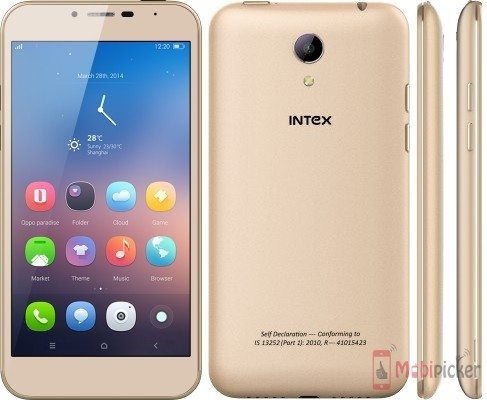 Running Android 5.0 Lollipop Operating System, the Intex Cloud 4G Star comes with a 5- inch display with a resolution of 1280 x 720 pixels. It packs 2GB of RAM, 16GB of native storage, which is expandable up to 32GB, and a 2,300mAh battery. The handset is powered by a 1.3 GHz quad-core MediaTek MT6735 processor.

The back of Intex Cloud 4G Star is garnished with a 13MP primary shooter with LED flash, and a 5MP selfie camera is placed at front. As far as connectivity is concerned, it includes, 4G LTE, 3G HSPA, Wi-Fi 802.11 b/g/n, Bluetooth 4.0, Global Positioning System. With Dual Sim Capability, Intex Cloud 4G Star will be available in Black and Champagne colors .

As Intex usually launches more smartphones compared to other brands. You can read about all recent launches from Intex on our site. Also, you can compare phones with  other brand smartphones.