Intex has unveiled a new entry-level smartphone in India. Dubbed as the Intex Aqua Wave, the phone is priced at mere Rs. 2,949, but the specifications are also not going to please you. The phone seems to target first-time smartphone users. It is currently listed on the company’s official website and is expected to be launched in a couple of weeks.

Going to the specs part, the phone is built around a 4-inch WVGA touchscreen and is powered by a Spreadtrum SC7715A processor clocked at 1GHz. Powering the smartphone is a 1400 mAh battery, which keeps the phone alive for 3 hours of talk-time and 200 hours of standby time. 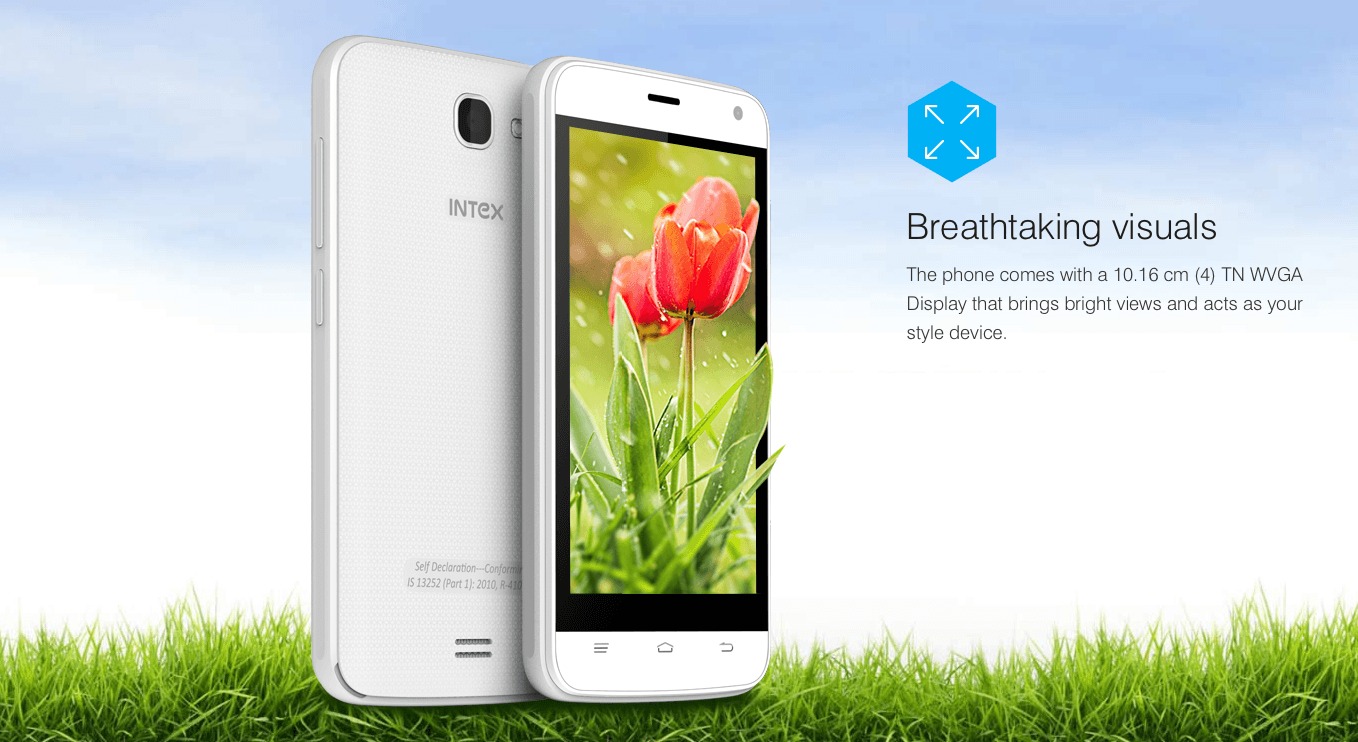 With an entry-level 256MB of RAM, the Intex Aqua wave offers meagre 512MB of built-in storage, out of which only 87MB is available for the user after installing software and built-in apps. It is not even capable to run basic popular apps like WhatsApp and Facebook, but thankfully, it comes with a microSD card support which may solve the issue. One can expand the storage up to 32GB, but that adds another Rs. 300 to 500 for purchasing a memory card. So consider the phone’s initial cost around Rs. 3500 after adding the necessary microSD card.

Other features include a VGA camera on rear and front, Android 4.4 KitKat OS, 3G connectivity, and dual-SIM support.

The Intex Aqua Wave will be available in white, black, and grey color options. The phone is good option to purchase if you are a first time smartphone user, or if you need an additional smartphone for just making text and calls.