IoT is making great strides every day, but still, everything can’t be done by machines. An engineer, working with the system for decades believe that machines can’t grasp, so sometimes it’s a human making the tough calls.

Predix, a development and hosting platform for industrial IoT applications started shipping last week. It can be used by enterprises for applications to monitor and manage a variety of IoT systems, not just those made by GE.

Predix mainly aims at industrial companies like Rasgas, a natural gas company in Qatar. Rasgas operations include taking natural gas off rail cars, cooling it down to liquid and loading the same on tankers. One err in any process, shuts down the system completely. For this, Rasgas runs an application on Predix for analyzing inputs from sensors across its facilities and predict failures.

Dave Cronin, executive design director for General Electric’s Predix IoT application platform says “These kinds of uses call for special user interfaces suited to the industrial world, It’s very different from a user sitting at their desk interacting with an application on a desktop computer”.

For instance, industrial IoT managers need to keep eyes on a lot of things around them including their PC or mobile device. At times, they have to work in the dark where it’s harder to see the screen.

This is where Predix UI comes in with its simple and direct design elements. Colors are bright, and the most important data can be put in the spotlight at center screen, with outer elements dimmed so they don’t distract. Buttons for primary actions are always the same color.

Cronian further added, “Even if they’re staring across a plant floor, they’re able to see this button, out of the corner of the eye, that they need to press to execute the action”

Predix UI uses things like Google’s Polymer component library and the Web Components specifications pushed by Google and others, making it a lot easier for enterprises to develop their own interface. Web app framework like Angular or Ember can be leveraged by developers along with ability to share components they’ve built with Predix UI 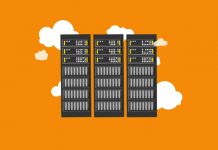 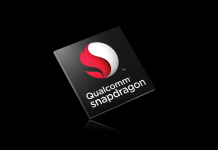