It seems like Intel is ready to play dirty with AMD this time around. The company must be feeling a bit shaken of late with the release of the new AMD Ryzen processor. Countless tests online revealed that the new AMD processor continues to beat mainstream chips from Intel. In line with this, it looks like Intel will be playing hardball with its upcoming Skylake-X processors. 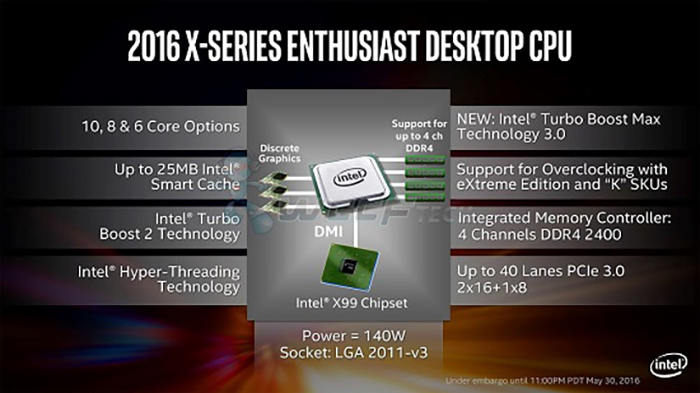 Rumor has it that Intel is planning to commercialize its newest Skylake-X line of the processor during its release. Furthermore, in response to the threats posed by the AMD Ryzen processor, Intel is reportedly thinking of upping the ante on core count. According to Bitsandchips.it, the original Skylake-X roadmap include only three processor core configurations. Skylake-X processors are only to feature six, eight, and ten cores for the rest of the lineup. Now, it seems that Intel is adding another one on the list; a 12-core Skylake-X processor.

For a long time, Intel has been the undisputed king for desktop PC processors. Its line of products is very popular for gamers and enthusiasts who require the much-needed performance boost. However, since the release of the AMD Ryzen processors, this setup is about to change.

Intel has already introduced massive price cuts on its mainstream processors immediately after the AMD Ryzen announcement. Some of its four-core processors received as much as $300 price reductions from the original price. As the threat from AMD continues to increase, it is highly probable that Intel will introduce further price reductions to its products.

Like in all rumors, this one too should be taken with a grain of salt. Intel may so choose to implement new features to its upcoming line of processors in order to keep up with the competition. Nevertheless, AMD’s rise from the ashes will surely end Intel’s processor monopoly. Consumers can expect more value-for-money products as the market sees another worthy contender.