We’ll be taking a look at the latest information concerning the new Intel Kaby Lake processors, including the i7 7700k which is running at a staggering 6.7Ghz on LN2. Meanwhile the I5 7600K kaby lake manages 5.1Ghz when running on an air cooler. Kaby Lake will be released, along with the 200 series intel motherboards for desktop at CES 2017, and naturally overclockers will want to go for either the i7 7700k or the I5 7600K. Kaby lake is a tweaked version of Skylake, and with a BIOS update the Kaby Lake processors can run on current Intel 100 series Skylake motherboards. Here are some of the Intel Kaby Lake Overclocking results.

What can you actually get out of the processors? Manufacturers at the moment are allowing the 100 series motherboards to be updated to run the Kaby Lake series. Some engineering samples of the chips were leaking out early. But now early retail samples are coming out of the shadows too. We have some results for the 6700k and 7700k.

The results were achieved by HKEPC. We’re not 100% sure this is an engineering sample. But it could be a retail chip. The chip was running on an AsRock motherboard. Essentially, what they did was run on LN2 and raised the multiplier to 67 times. So, the core clock is running at 6.7 GHz. That is absolutely nuts. Now we don’t know the specifics used in the LN test. But we do know the voltage must be really high.

This is easily way above what the average user will achieve. But, there’s some good news because the 7600k was also overclocked. And it achieved 5.1 GHz. This chip features a quad core, non-multi-threaded design. 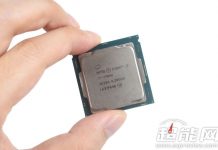 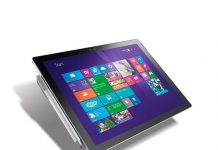