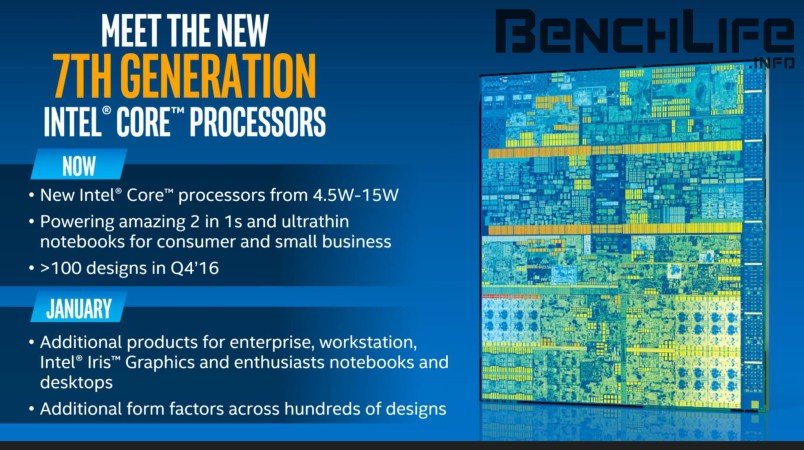 According to the latest report, Intel could be flooding the market with over 100 models of Kaby Lake processors. Since the above mentioned TDP is on the lower side, you will see these chips power up the latest mobile series of machines such as notebooks and 2-in-1 hybrids. The improvements that Intel’s 7th generation of chips are going to bring forth will present a nice performance gap in Intel’s Gen9 graphics architecture.

The internal GPU embedded in the processors will be able to support hardware based on the HEVC 10 bit and VP9 decoding. We currently don’t have sufficient reports on the performance difference against Intel’s Skylake processors, but we are sure that the difference is going to be visible by a mile. 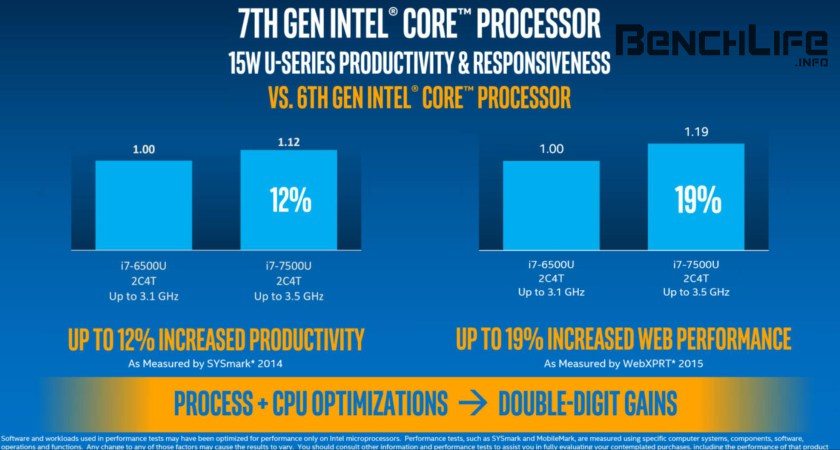 If you’re interested to know about the desktop platform of Kaby Lake, then we’ll be glad to share this information with you. This platform has so far has comprised up of Core i7 and Core i5 processors, and so far, the fastest one to be released is going to be an i7-7700K. The processor is going to be running at 4.2GHz per core and the fascinating thing about the processor is that its boost clock speeds go all the way up to 4.5GHz. 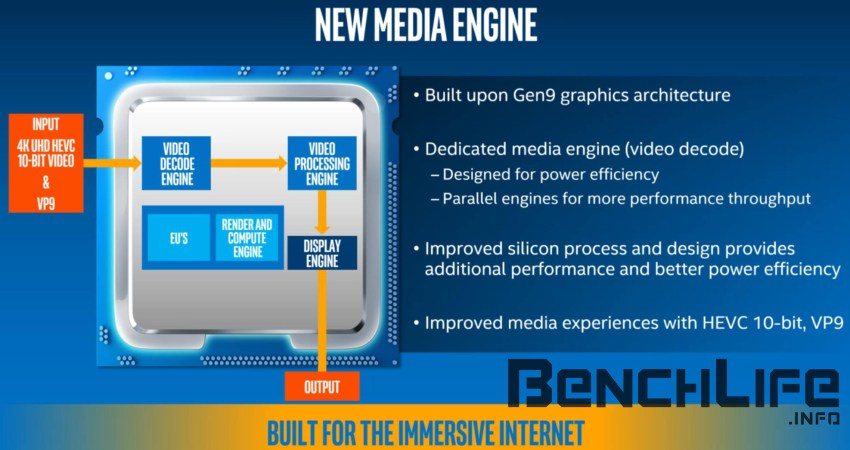 The surprising thing about the different processors is the second i7 CPU. Its base clock speed is nowhere near as high as the processor with the unlocked multiplier, but we believe that’s done to make the chip thermally efficient. The i7-7700 has a TDP of 65 watts, while the highest performing one has a TDP of 95 watts, so there is a huge difference between the chips. Even if you look at the i5-7600K version of the desktop Kaby Lake processor, it has a higher TDP than the i7-7700, implying that processors with an unlocked multiplier with normally have a higher TDP, and will carry a higher price tag as well.

There’s no exact release date of the Kaby Lake lineup given, but it’s possible that they are released during the first quarter of 2017. However, Intel has implied that the mobile series of these chips are going to arrive sooner.