In their latest full review, the good folks at Expreview tested Intel Core i7-7700K and Core i7-6700K against each other. And as one would expect, the results are pretty darn interesting as they reveal how the top Kaby Lake chip fares when put in a one-on-one against its Skylake counterpart.

The timing of this Intel Core i7-7700K vs Core i7-6700K test is also important with the forthcoming Kaby Lake series processors are scheduled to launch nearly a month from now on January 5, 2017. This happens to be the third performance test of this kind involving the Core i7-7700K processor, with the previous two tests conducted by TomsHardware and Nova Tech.

The test was conducted on an Intel Z270 series motherboard equipped with a GeForce GTX 1070, G.SKILL 8GB DDR4 (2133 MHz), Sandisk Extreme Pro 240GB SSD, and the Prolimatech Mehahelms cooler. Worth noting, Expreview didn’t reveal that the Z270 motherboard because of a non-disclosure agreement.

Both CPUs were put through 11 different single and multi-threaded CPU tests at stock settings. The end result was that the Core i7-7700K gave a 7.40% faster performance on average in single-threaded and 8.88% faster average performance in multi-threaded tests. 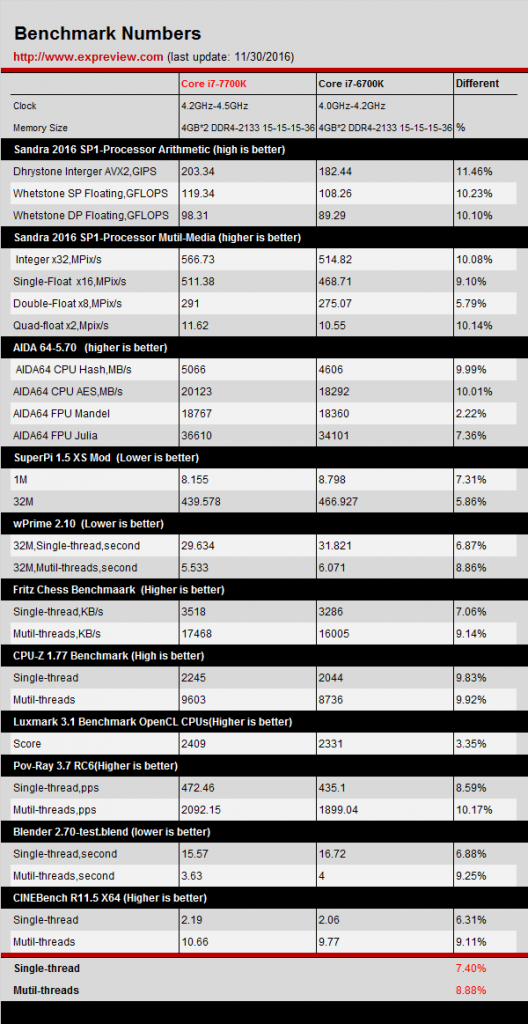 Note that the boost clock of the 7700K is as much as 7% higher compared to the 6700K, meaning the difference in performance is a direct product of the former’s higher clock bump rather than resulting from any architectural changes.

As for gaming test, the 7700K offers little gains in actual AAA titles. Meanwhile, the gains noted during the synthetic tests may be larger, but they do not really represent the actual gaming performance. 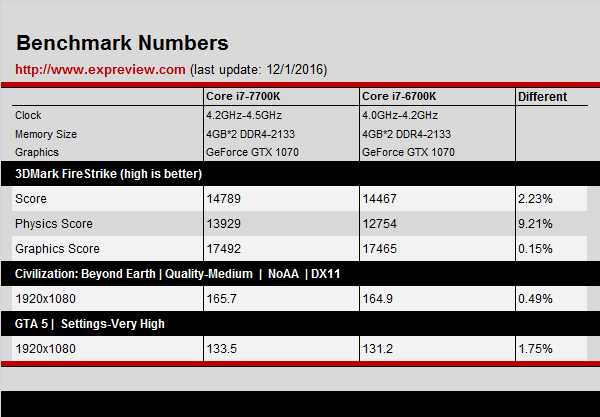 In the second benchmark test, both cards were pitted against each other in a clock-to-clock analysis. At 4.0 GHz, all the 11 CPU benchmark tests were repeated and the results were massively disappointing as the Core i7-7700K was found to be 0.86% slower in single-threaded tests and 0.02% slower in multi-threaded tests. 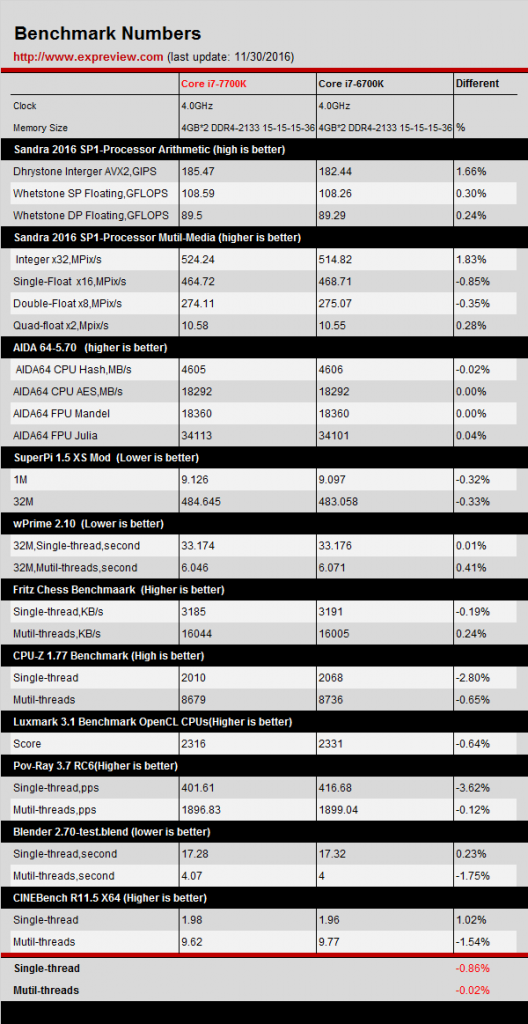 (Let that sink in..! We know it may have come as a real shocker to many of you.)

Obviously, the difference in performance at 4.0 GHz is not much. But the issue is that most of us were expecting to see a faster 7700K because of the enhanced 14nm+ note that was expected to help it stabilize the clock speeds and ensure better performance. 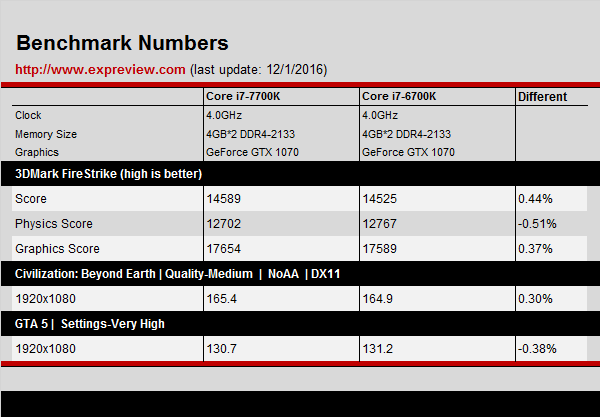 Finally, because of the higher clock speeds, the Core i7-7700K was found to consume 10W more power compared to the Core i7-6700K. 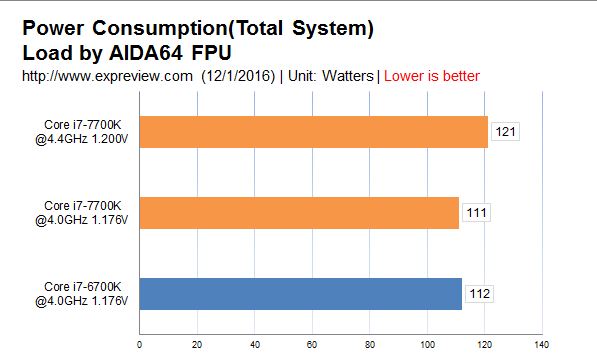