The initial details of Intel’s upcoming Coffee Lake 6 core and 4 core processors have been revealed via listings from Sisoftware database. The new ‘8th Gen’ processors boast some big changes over their predecessors and are expected to launch sometime in coming months. Let’s see what they’ll have on offer! 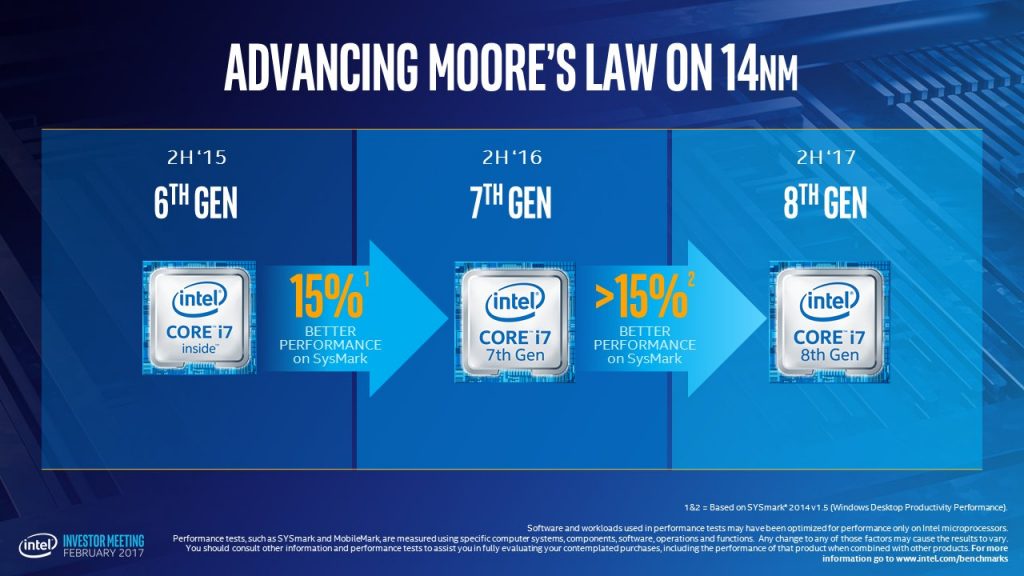 Coffee Lake S, Intel’s first 6-core mainstream processor, will be arriving after the launch of high-end Skylake X and Kaby Lake X CPU families. As per the listing, this consumer oriented processor, which looks more like an engineering sample, comes with a base clock of 3.5GHz, with no mention of Turbo Boost. It features 1.5 MB of L2 cache (6 x 256 KB) and 9 MB of L3 cache, and also rules out hyperthreading from the scenario.

The cache on this processor also reveals a number of things. In intel architectures, each core has 2 MB of L3 cache and the entire cache is shared across all cores. For instance, a 4 core Kaby Lake chip featured 8MB of L3 cache. But, this disabled 6 core chip goes the other way and features 9MB, instead of 12MB of L3 cache. This is probably because we’re looking at a Core i5 series 6 core chip. Since Intel’s design strategy for Coffee Lake is mostly similar to Kaby Lake, a Core i5 processor with disabled design should have 9MB of L3 cache. A disable Kaby Lake Core i5-7600K chip also featured less cache of 6 MB compared to 8 MB L3 cache on the Core i7-7700K chip.

In addition, it is also worthy to note that this specific 6 core chip was tested on the Kaby Lake-S client system. This means that the chip was running off a 200-series PCH based motherboard. If that’s true, Coffee Lake would retain compatibility not only with LGA 1151 socket but with also currently available motherboards.

While AIB partners of Intel will refresh their product stack with the new 300-series chipset, it is highly possible that they will still offer BIOS updates allowing compatibility of Coffee Lake chips on 200-series motherboards. This would allow users a very easy and affordable upgrade path to newer 6 core chips.

Along with Coffee Lake S, there’s also an embedded chip based on the new architecture. The new Coffee Lake R boasts 4 cores, 8 threads and a base clock of 1.90 GHz, with Turbo boost up to 2.11 GHz. It features 8MB of L3 cache and was tested on a Kaby Lake R client system. As the cache on this processor justifies our theory mentioned above, we presume this chip will be branded under the Core i7 family. 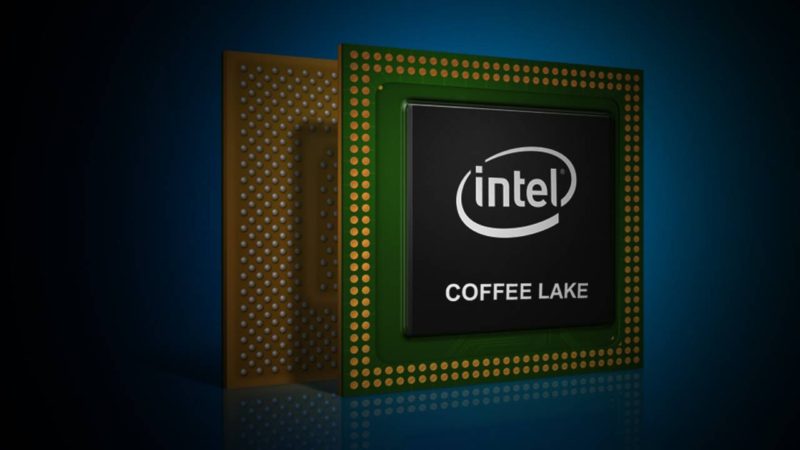 Just as we said, the new Coffee Lake processors are expected to show up sometime in the mid of 2017. Intel initially eyed at a launch in January 2018 (CES), but after AMD’s massive move with the Ryzen series, the tech giant is rumoured to tweak its launch cycle. Word goes around that Intel has preponed the launch, and we could be seeing the new line of processors as early as August 2017, at GamesCom 2017. It has also been reported that the new Coffee Lake chips will launch alongside the Z370 chipset based motherboards and would be followed by H370 and B360/H310 chipsets at the end of 2017 or early 2018.