Of late Kodi is seeing a steady growth in popularity. More and more users are installing Kodi to get the best out of the popular media player. Those who are wondering what Kodi is all about – it’s a free and open-source media player software application developed by the XBMC foundation. Kodi was formerly known as XBMC and is today available for multiple operating systems and hardware platforms with a software for use with remote controls and televisions. Kodi allows you to play and stream media, including videos, music, podcasts from the internet. That doesn’t mean you cannot play media from local storage!

If you have never used Kodi or if you are someone who already uses Kodi on your PC but don’t know how to install Kodi on Apple, Roku TV or Amazon Fire TV Stick, then this post is for you! Read on.

How to install Kodi on Apple TV

Before you can install Kodi on 4th gen Apple TV, make sure you meet/have the following requirements –

Once you have all of these, you can install Kodi by following the steps given below –

How to install Kodi on Roku TV

But we must mention that Miracast isn’t very stable. Sometimes, you will notice persistent lagging issues. And other times, you will see dropped streams.

How to install Kodi on Fire Stick

Once ES File Explorer is installed, follow these simple steps to install Kodi on FireStick –

If, by chance, following these steps doesn’t install Kodi on Amazon Fire TV stick, try following the alternative method given below –

That’s all folks! If you face any trouble installing Kodi on Roku TV, Apple TV or Amazon Fire TV Stick, do let us know in the comments section!

Also check: How to install Fusion on Kodi 17 Krypton 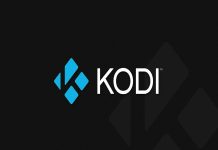