InFocus made its grand entrance into the Indian market due to the launch of M2, a budget smartphone released in March, followed by other several smartphones, including pretty high-end ones. So, the company announced that it will release Android Marshmallow updates for Infocus M812 and InFocus M370 handsets in India, by December 2015.

So, if we recount, InFocus M812 was released this July with Android 5.0 Lollipop, and it was on sale in India for Rs. 19,999. The M370 counterpart was also released in July with Android 5.1.1 Lollipop, only for Rs. 5,999. InFocus handsets incorporate the Inlife UI on top, and there’s a rumor that supposedly the Marshmallow update it will be getting a slightly different interface on top of Marshmallow. Well, we’re already intrigued.

As you already know, the Marshmallow update focuses around App Permissions, Web Experience, App Links, Mobile Payments, Fingerprint Support and Power & Charging. It also brings a new battery saving feature called Doze, which uses motion detection to reduce background activity when the phone is in standby mode. But don’t worry, it won’t affect the important events and alarms you set. 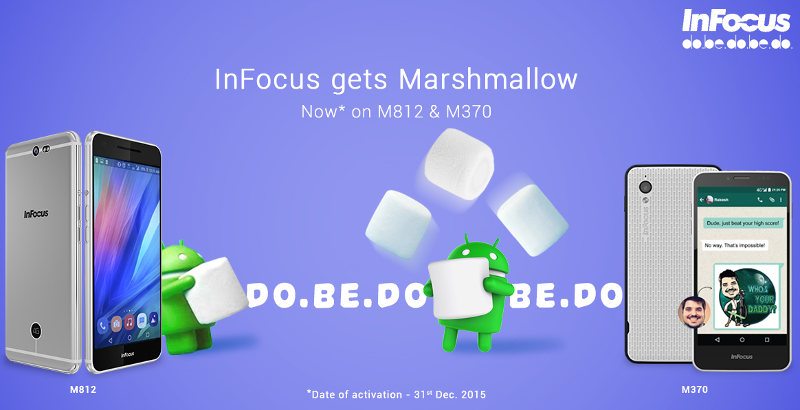 We will follow the company’s announcements and we will let you know once the Marshmallow update is released for these smartphones. The company hasn’t specified when the other handsets will get the latest Android update, but we suppose they will not be far behind.