MobiPicker
News InFocus M810 with Snapdragon and Lollipop Launched at INR 14,999
Share on Facebook
Tweet on Twitter
Deal Alert: 49% Off on ExpressVPN
Touted as #1 VPN in the world, ExpressVPN is now offering 49% off & an additional 3-months of service on its annual plans.

InFocus has launched it latest smartphone M810 in India for Rs. 14,999. The U.S. based company is advertising this lookalike of the Xperia Z series as the best looking smartphone in the market. The gold-colored device has a shiny metallic body and boasts to be just 6.99mm thick. 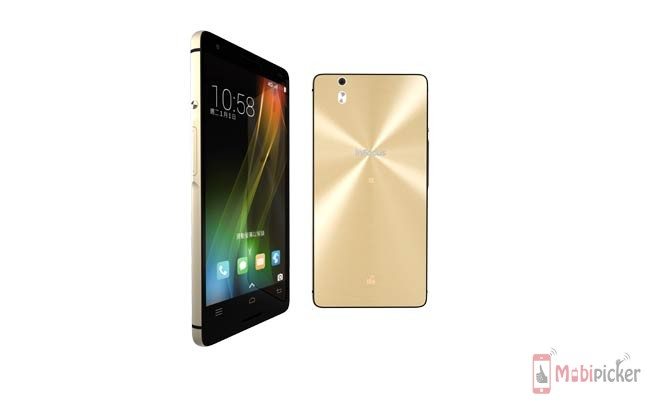 The metal frame holds a 5.5 inch display with a 13 MP rear and 5 MP front shooter. Powered by a 2,600 mAh battery, the InFocus M810 uses 2.5GHz quad-core Qualcomm Snapdragon 801 processor with 2 GB of RAM to provide a better multitasking experience.

Inside the phone, there’s 16 GB storage which is expandable upto 64 GB. Operated on Android Lollipop, the phone uses the company’s self-designed InLife UI. This fullHD display phone with a resolution of 1920*1080 pixels, also supports dua-lSIM and 4G LTE.

The InFocus M810 will be available for sale through Amazon India starting July 15th. In this price segment, the phone will compete with Xiaomi Mi4, Samsung Galaxy E7, and Asus Zenfone 2.