MobiPicker
News InFocus M370 with 5″ Display Launched in India at Rs 5,999
Share on Facebook
Tweet on Twitter
Deal Alert: 49% Off on ExpressVPN
Touted as #1 VPN in the world, ExpressVPN is now offering 49% off & an additional 3-months of service on its annual plans.

InFocus Corporation has launched its new smartphone, the InFocus M370 in India at Rs.5,999. It would be available for sale exclusively on Snapdeal website. The phone expected to be shipped from October 9th and interested customers can register on Snapdeal till October 8th.

The InFocus M370 is a handy mid-range phone and comes at a very low-cost. Specs-wise it is highly equipped. There is a 5-inch HD (1280×720) pixels display. Additionally, a 1.1GHz quad-core Qualcomm Snapdragon MSM8909 210 processor, with 2GB of RAM powers the device. It runs the latest Android 5.1 Lollipop OS. 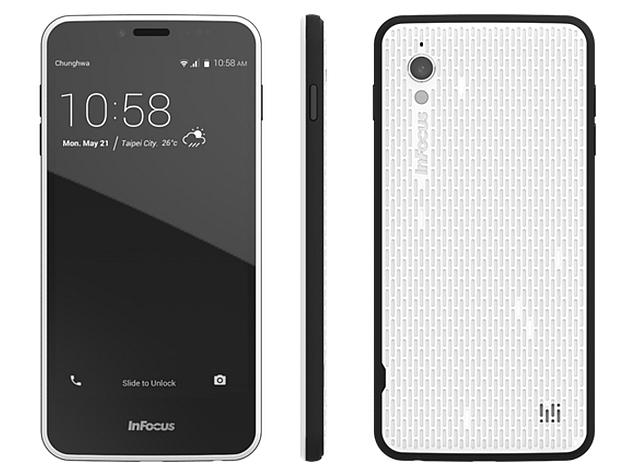 Furthermore, it has 8GB of in-built memory that is expandable up to 64GB via a micro-SD card. For photography purposes, the 8-megapixel rear camera with auto focus fares well, with a 2-megapixel front one. The battery size is at 2230mAh and is a removable one.

On the connectivity front, the InFocus M370 offers Dual-SIM facilities (4G & 3G), support for Wi-Fi (b/g/n), Bluetooth 4.0 and GPS with AGPS and GLONASS. It also equips a lot of sensors like the Ambient Light Sensor, Proximity Sensor, Accelerometer and E-Compass. The size of the gadget is at 143×71.5×8.1 mm and weighs 125 grams.

At such a low price, this device is something to look out for and there was also a beautiful gesture on the same given by Sachin Thapar, Country Head, InFocus.

“Today’s tech-savvy youth are glued to their smartphones, engaging in endless chats and conversations. However, with generic emoticons that come pre-loaded with the device, chatting becomes impersonal, ambiguous and often loses the real expression. Traditionally, our faces has been the source of all expressions and with the new feature on InFocus M370, users can turn their faces into stickers, adding a completely new dimension to this phenomenon, making chat more fun, personal and lively.”