A new sense of bonhomie is silently raising its head amongst the Indian and Pakistani cricket fans, Facebook CEO Mark Zuckerberg noted on Wednesday. 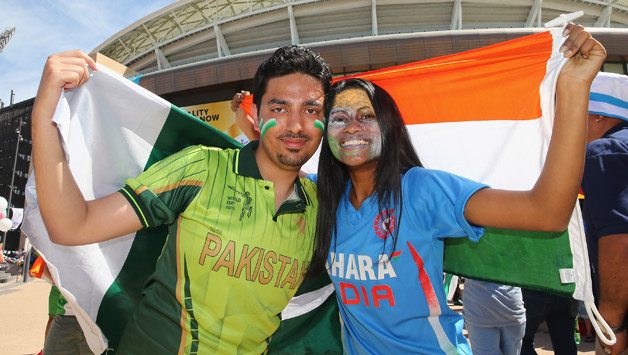 In a rare display of solidarity and mutual support, fans of both these arch rivals have been seen changing their Facebook profile pictures to cheer for each other’s team.

“Something pretty interesting is happening in India and Pakistan on Facebook right now,” Zuckerberg wrote on his Facebook profile.

As the 2016 T20 World Cup kicked off, “hundreds of thousands” of Indian supporters were seen adding frames with Pakistan’s name to their profile picture on the site which was later reciprocated by their counterparts across the fence, he added.

“Thousands of citizens – from Karachi to Lahore and from Kashmir to Kolkata – have started changing their profile pictures on Facebook, Twitter and Instagram to promote the peace that is desired by everyone,” read another report by SportsKeeda.

A social media campaign #ProfileforPeace was also started with the vision of halting the saga of hate politics that has soured the relationship between the two countries for the past six+ decades.

The seemingly never-ending political and military hostility between the two nuclear-armed neighbors have always ensured a fierce on grounds chemistry between the two teams whether they play in India, Pakistan or in any neutral venue.

India will be facing Pakistan this Saturday in the iconic Eden Garden, Kolkata in what is widely being perceived as a do-or-die game for the host nation.