When Reliance Jio tested 4G services with the limited set of users before the Preview Offer went public, everything was up to the mark, including 4G speeds. But when the flood gates opened and the user base started to widen, users began to complain about the drastic drop in 4G speeds across India. Those who used unlimited high-speed since day one of the launch are now seeing up to 40% drop in speed. The full-fledged rollout hasn’t happened yet and speed drops at this point in time is definitely a cause for concern.

Reliance Jio network makes use of something called LTE Band. For the uninitiated, LTE bands are networks that work on different bands – Band 3 (1800MHz), Band 5 (850MHz), Band 20 (800MHz) and finally Band 17 (700MHz). Note the reduction in the frequency with the increase in Band number. But there is one band which operates at a frequency higher than all these bands – Band 40 at 2300MHz. It’s also important to note that higher frequency doesn’t necessarily mean it’s good – when frequency increases, coverage takes a hit. In this case, Band 3 and Band 5 which operate at lower frequencies provide better coverage. Well, one obvious question is – What has this got to do with Reliance Jio?

The answer is that Reliance Jio supports Bands 3, 5 and 40. This effectively means Reliance Jio supports coverage as well as speed. Airtel only supports Band 40 and Vodafone supports only Band 3. So the main take away point is this – if you have been experiencing a drop in Jio 4G speeds lately, you can actually increase the speed by changing the LTE Band. Jio offers 50mbps in Band 40, 18Mbps in Band 3 and 8Mbps in Band 5. LTE supported handsets inherently switch to the band that provides better ‘coverage’. So it’s obvious that LTE band on your Jio smartphone right now is set to the band which offers better coverage and not necessarily better speed.

How to Change LTE Band on Smartphones with MediaTek Processors

Changing LTE band on phones using MediaTek processors requires an app called MTK Engineering Mode. This app is available for download from Google Play Store. After you download and install the app, follow these steps –

How To Change LTE Band on Smartphones with Qualcomm Processors

Changing LTE Band on smartphones using Qualcomm processors also requires an app. The app is called Shortcut Master (Lite). Download this app from Google Play Store. Once you have installed the app, follow these steps to change the LTE band –

Now check speed. You should see increased speeds. But remember this comes at a cost. Coverage is bound to take a hit. So it’s entirely up to you to decide if you wish to compromise on coverage for better speeds. 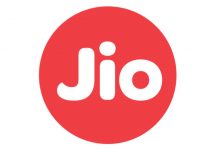