MobiPicker
News iBall Slide Stellar A2 tablet launched with 7 inch display in India
Share on Facebook
Tweet on Twitter
Deal Alert: 49% Off on ExpressVPN
Touted as #1 VPN in the world, ExpressVPN is now offering 49% off & an additional 3-months of service on its annual plans.

iBall has launched a new tablet called Slide Stellar A2 in India. The tablet will be available in black only and is carrying a price tag of INR 11,999 (approx. $190).

In terms of specification, the Slide Stellar A2 houses a 7-inch HD screen with a resolution of 1280 x 800 pixels, and is powered by an octa-core 1.7GHz Cortex-A7 processor, coupled with 1GB of RAM. It packs 8GB of expandable storage, an 8 megapixel rear snapper with dual-LED flash, an 8 megapixel front shooter, and a 3,000 mAh battery. The 3G enabled tablet features voice calling with dual-SIM support, and it runs Android 4.4 (KitKat) OS. 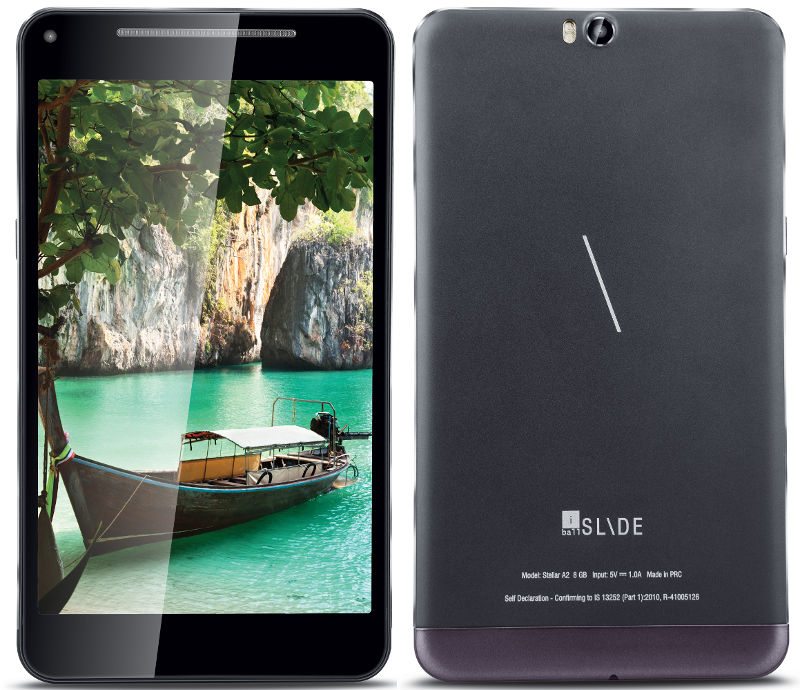 The Slide Stellar A2 supports 19 regional languages enabled for both reading and writing. It has HotKnot wireless data transfer, Live photo, Face beauty, Cast Screen and a number of other new features.

[quote_box_center]Stellar A2 is for those who need exceptional performance with extremely powerful features. The product is outstanding not only in its looks, but equally appealing in its specifications. We are also delighted to present the India’s first Tablet with 8MP front camera for selfie addicts.[/quote_box_center] 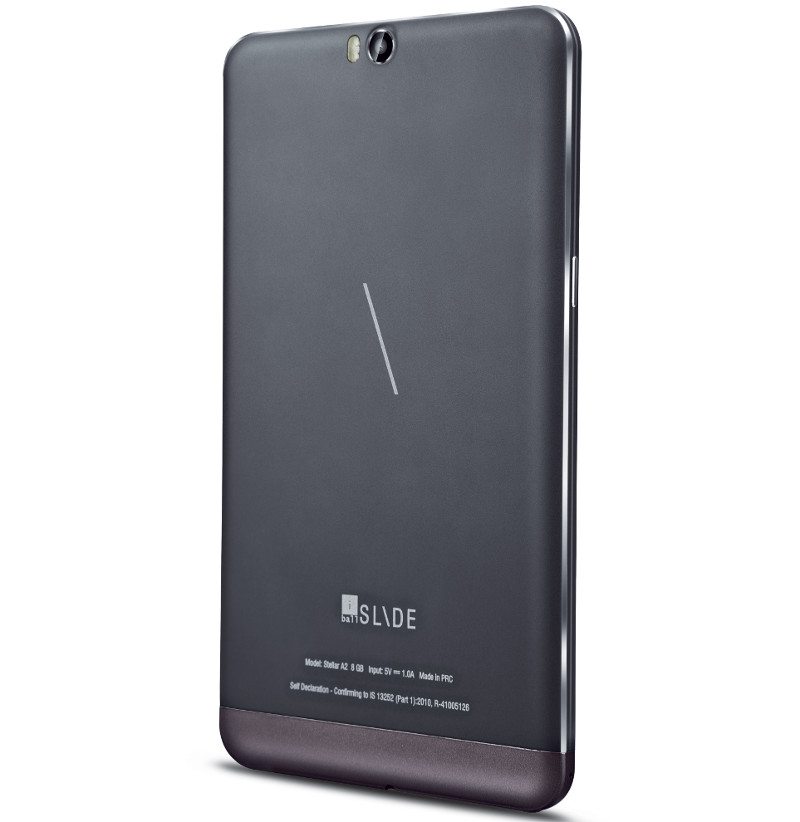