MobiPicker
News iBall Slide Brillante tablet launched in India for Rs 5,535
Share on Facebook
Tweet on Twitter
Deal Alert: 49% Off on ExpressVPN
Touted as #1 VPN in the world, ExpressVPN is now offering 49% off & an additional 3-months of service on its annual plans.

iBall, a premier manufacturer of peripherals and computer hardware in India went a leap ahead by launching the iBall Slide Brillante tablet earlier this week.  It is the first of its kind from iBall to be powered by the Intel Atom x3-C3130 chipset.

If we scrabble about the specifications we can find that it features a 7-inch (1024*600 pixels) WSVGA display. Powered by a 1.3 GHz dual-core Intel Atom x3-C3130 64-bit processor and 1 GB of RAM, it also encloses 8GB of internal memory which is further expandable up to 32GB via the microSD slot. The OS includes Android’s KitKat 4.4, which is further upgradable to Lollipop 5.0. 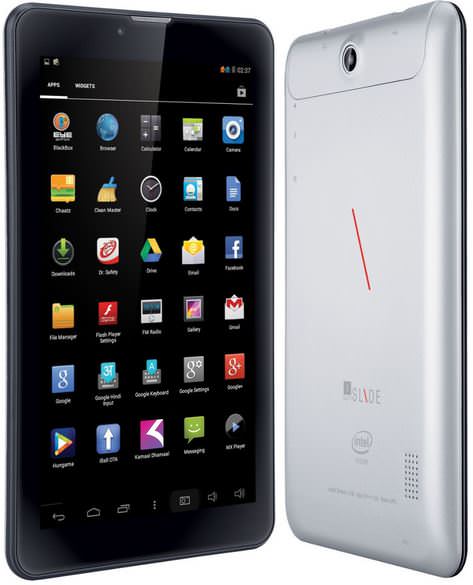 The main camera for the device stays at 2MP with a 0.3MP (VGA) front-facing one with the video-calling feature enabled. It supports two sim slots altogether.

As for the connectivity section, it includes a 3G HSPA+ (with voice calling), Wi-Fi 802.11 b/g/n, Bluetooth 4.0, GPS and USB OTG as other connectivity options. The battery size stays at a meager 3,000mAh.

The device is available in two color variants Black and Silver and has been priced at Rs 5,535 on eBay India, the lone seller of the device till now.  This mid-range tablet should be an easy buy for people wanting to own a tablet for the first time.