Specs-wise, the iBall Andi Sprinter 4G sports a 5-inch IPS display with a resolution of 854 x 480 pixels, and is powered by a 64-bit 1GHz quad-core Cortex-A53 processor, coupled with Mali-T720 GPU. Memory department gets a 1GB of RAM along with 8GB of onboard storage, which is expandable up to 32GB via microSD card. A 2,100mAh battery keeps the lights on. 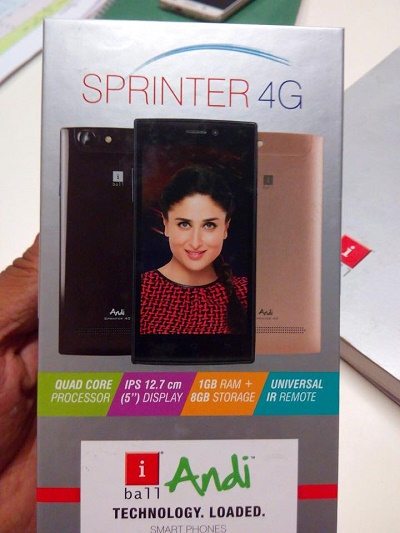 The iBall Andi Sprinter 4G comes in Special Wine and Special Gold color options, however, only Special Wine variant is currently retailing on Amazon. You can also check out the Panasonic P50 Idol and Karbonn Titanium S205, which are priced in the similar category.