MobiPicker
News iBall Andi 4F ARC3 with 4-inch Display Launches in India at Rs....
Share on Facebook
Tweet on Twitter
Deal Alert: 49% Off on ExpressVPN
Touted as #1 VPN in the world, ExpressVPN is now offering 49% off & an additional 3-months of service on its annual plans.

Today we have seen the launch of iball Cobalt 6, and iball Slide D7061 in the India. But the company has not end up with the new devices, and now has added one more smartphone to the new launches – the iBall Andi 4F ARC3. Priced at Rs. 3,999, the phone features a 4-inch FWVGA display, and targets the new smartphone users. 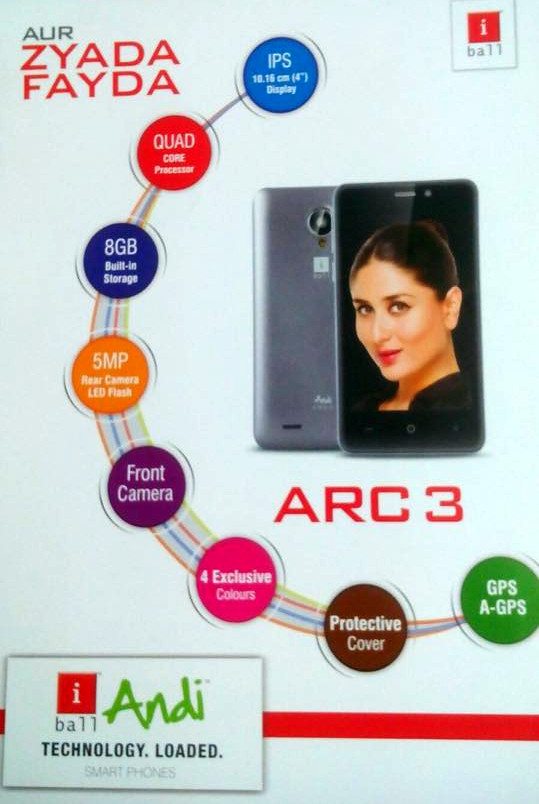 Basically, the Indian users looks for the camera as very first features, so here is a 5 megapixel camera with LED flash on the back of phone, while  a VGA seems to be enough on selfie side.

Running on Android 4.4 (KitKat) OS, the Andi 4F ARC3 is powered by a 1.2 GHz Quad Core processor with unknown chipset type. It packs 512MB of RAM, and 8GB of built-in storage (expandable up to 32GB via microSD card), and a 1,350mAh battery.

User with slightly more budget can check out other better options like Micromax Canvas Spark, or Google’s Android One smartphones, which gives you the experience of latest stock Android in budget segment.