Just days back, Google introduced its 2nd Gen Android One smartphone, dubbed Lava Pixel V1, in India. And today it has announced a new smartphone in this line for Thailand. 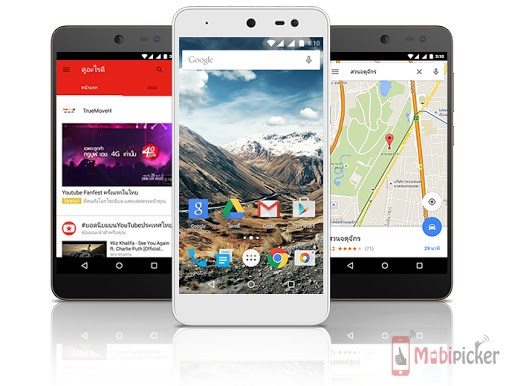 Named i-mobile IQ II, it is equipped with a 5-inch display with 1280x720pixel resolution. The new Android One phone is powered by a 64-bit Snapdragon 410 chipset with 1.2GHz central processing unit. The IQ II supports dual-SIM, 4G LTE, 3G, Wi-Fi, Bluetooth, and GPS.

The i-mobile IQ II packs 1GB of RAM, 16GB of built-in memory, which is further expandable with microSD card slot, and a 2,500mAh battery. Measuring 140.5 x 69.75 x 9.3 mm, with a physical weight of 134g, it features an 8 megapixel rear snapper with LED flash, and a 2 megapixel front-facing camera. It runs stock Android 5.1.1 Lollipop, with software updates coming directly from Google for the next two years.