“Hunter X Hunter” new content is finally coming and will be soon released by the Weekly Shonen Jump. It indeed is good news for fans that the creator and illustrator of the popular manga series, Yoshihiro Togashi is back to work and have introduced a group of new sketches. Check out in detail!

Reports indicate that the serialization of “Hunter X Hunter” will finally resume after a long hiatus. Recently the cover art for the upcoming volume of the manga series was shared on Twitter. According to Comicbook, the 34th volume will debut on June 26 in Japan and is a compilation take.

The source reveals that the cover displays Hisoka as the clown readying for his showdown with Chrollo, reports Crunchyroll. Apart from this sketch for the Japanese serial, another one was also prepared for the English edition of Weekly Shonen Jump showing Kurapika wearing a suit. 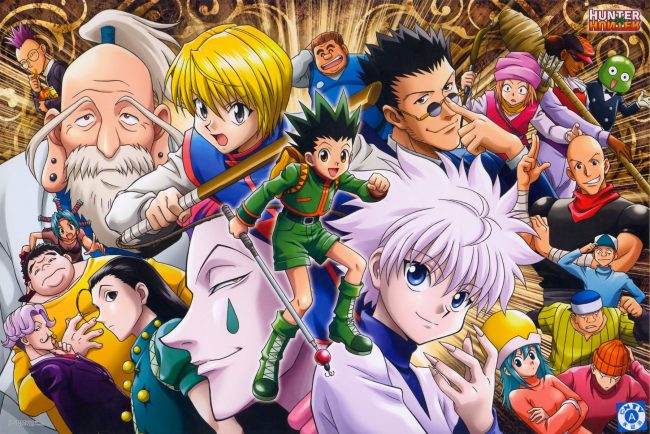 Togashi has also come up with few scrap sketches that he has recently created for “Hunter X Hunter.” The images that are displayed in these sketches are those of characters like Kortopi, Shalnark, Hisoka, Chrollo, and Machi. Interestingly, the sketches also have certain comments attached that give an insight into what exactly the manga series creator had in mind while creating them.

Through the captions, Togashi discusses his love for old baseball teams and Shin Godzilla.

Hiatus has been a regular part of this manga series. Hence those who want to tune into the story can catch up with the synopsis. It says that Hunters are special people or breed whose main aim is to track down magical beasts, treasures, and other people. But you need to have a license to carry on such pursuits and only one in hundred thousand can really pass the grueling qualification exam.

Those who manage to pass this difficult examination gain entry into the restricted areas, loads of amazing information and also an authority to call themselves as “Hunters.”