“Hunter X Hunter” Chapter 361 will release on June 26 on Shonen Jump and the manga series hiatus will finally come to an end. Fans are just eager to see what happens next. The promo art reveals the appearance of Gon which is quite confusing. So why is Gon shown in it?

‘Hunter X Hunter’ Chapter 361 will be coming after a long break and hence fans are wondering whether there will be another break soon. According to Bitbag, currently, jokes related to the next hiatus for the manga series are going adrift.

But ardent fans are keeping their fingers crossed expecting the creator Yoshihiro Togashi to come up with at least a few more chapters to keep them hooked.

Yoshihiro Togashi is known for taking notorious breaks and it is all because of his back pain. He underwent a surgery in 2014 and even discussed how keeping up with the manga series every month is affecting him physically as well as mentally. 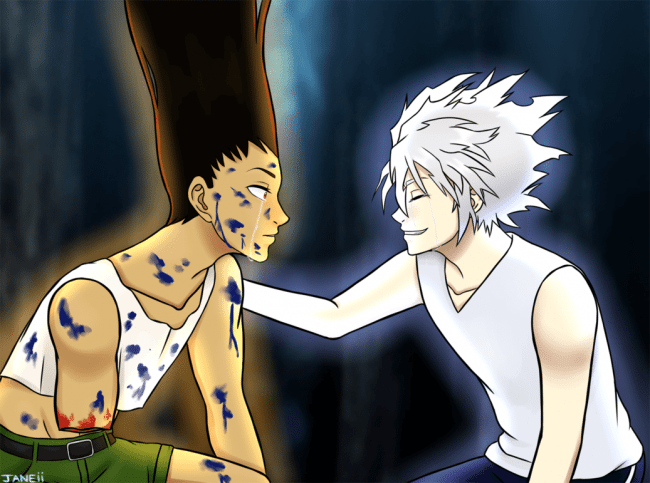 It is a big moment for the “Hunter X Hunter” fans who had almost given up hope of the continuation of the series. That is why; English version of the upcoming chapter after volume 30 will be released simultaneously. It was recently announced by the vice president of Viz which makes it an official thing.

It means the English-speaking fans will not have to wait for long or pirate the chapters.

The source says that the promo art reveals the presence of Gon in its next chapter. Gon is a protagonist who meets his father and fulfills his dream of becoming a famous hunter. Chapters just before the hiatus did not have Gon so everyone is wondering why he is shown in the promo of “Hunter X Hunter” Chapter 361.

Speculations indicate that Gon may return to the series albeit with a different attitude since he went through saddest and traumatic events during the Chimera Ant arc.  For those who want to catch up on the previous chapters of “Hunter X Hunter”, they can check it on Crunchyroll.