Huawei has grown to be a bigger brand year after year and now the company has set its feet firmly into the international smartphone market by churning out hit smartphones one after another. May it be the low-end Huawei Union 4G or the high-end Huawei Mate S, the company has released a smartphone for every need and has gathered a really huge amount of fan base for itself. And judging by the latest news, it looks like Huawei wants to grab the most global market share as well. 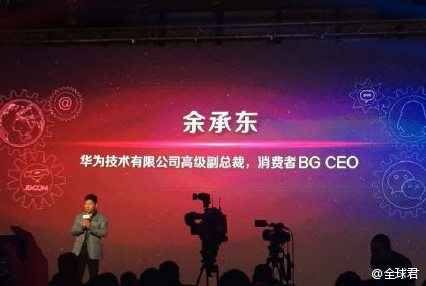 Global Jun, a Weibo news account, posted that at a press conference today in Beijing, Huawei’s Senior Vice President, Technology, Consumer BG CEO Yu Chengdong announced that the Honor brand will beat the Xiaomi brand by the next year in terms of global market share. Mr. Chengdong also stated that the Huawei brand is currently ranking third, in terms of global market share, after Apple and Samsung, and the company is confident to top the position by the year after next, which means 2017.

This statement by Huawei is surprising as well as thought-provoking, because the company is aiming to beat Apple and Samsung, the two giants of the global smartphone industry, and this aim is definitely not easy to achieve. However, the confidence is clearly reflected in Mr. Chengdong’s statements, and this might be a hint towards the possibility of Huawei launching a lot of earth-shattering products in the coming months. Nothing more can be deduced from this news as of now, so the best thing would be to wait for more announcements from Huawei.