MobiPicker
News Huawei P9max (P950S) with 6.2-inch 2K Display Spotted on AnTuTu
Share on Facebook
Tweet on Twitter
Deal Alert: 49% Off on ExpressVPN
Touted as #1 VPN in the world, ExpressVPN is now offering 49% off & an additional 3-months of service on its annual plans.

Huawei has been working hard this year and has given us some great smartphones, like the Mate S and the Honor Play 5X. We have also heard of the Huawei Mate 8 that has been spotted on AnTuTu and is expected to be released soon. However, the latest Huawei smartphone that we are going to talk about is actually the Huawei P9max, possibly a member of the company’s P9 series of smartphone that sport dual rear cameras.. 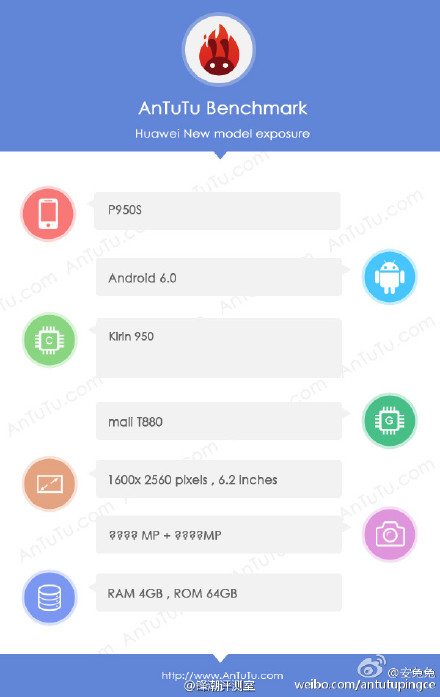 Codenamed as Huawei P950S, the Huawei P9max has been spotted on AnTuTu. As you can notice in the screenshot, the phablet gets a huge 6.2-inch display with 1600 x 2560 pixels resolution. It also sports Huawei’s latest top-of-the-line Kirin 950 chipset along with 4GB RAM and 64GB ROM. There’s a Mali-T880 GPU to handle the graphics. According to the data, the Huawei P9max runs Android 6.0 Marshmallow and has managed 73,759 points in the AnTuTu benchmark test. 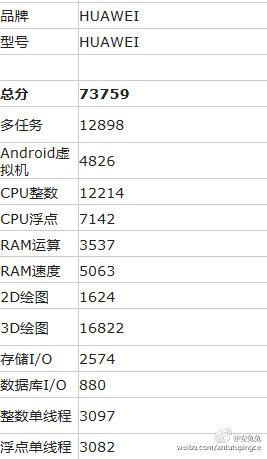 With all these specs at the table, we are surely looking at a high-end phablet, or possibly the next Huawei flagship. Nothing more can be said about the matter as of now. But we do expect the P9max to carry a fingerprint ID sensor, a force touch display unit, and some other latest techs under its hood.