MobiPicker
News Huawei P9 Render Shows Dual Camera and Fingerprint Scanner
Share on Facebook
Tweet on Twitter
Deal Alert: 49% Off on ExpressVPN
Touted as #1 VPN in the world, ExpressVPN is now offering 49% off & an additional 3-months of service on its annual plans.

Huawei has been quite busy in 2015 with a lot of releases, some major, and some not so significant ones. The company produced the Nexus 6P for Google, and also introduce the Huawei Mate S. The Chinese smartphone maker also launched the Huawei Mate 8 recently. And now that Huawei has got some time to spare for its next P-series phone, the Huawei P9 is being given some final touches before its release.

The Huawei P9 has been the talk of the town quite sometimes, especially for the dual camera setup that it will be flaunting. The phone is probably only a few weeks away from launch, which is why we might start receiving more leaks from today onwards. The latest leak comes in the form of a render of the Huawei P9. And as you can notice, the design language differs very much from the P8. 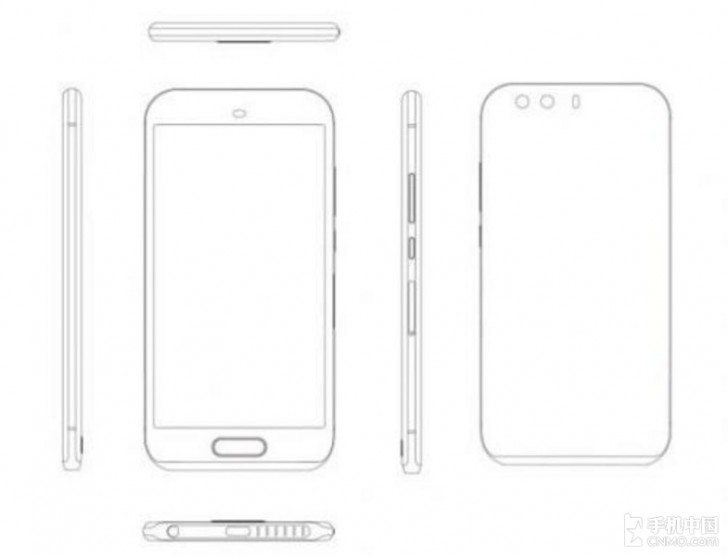 First things first, the front of the screen gets a physical home button that also comes embedded with a fingerprint scanner. Moving towards the rear, you can clearly notice the dual camera setup marked by two holes placed very close to each other. Then there’s a dual-LED flash alongside the camera. The bottom of the phone gets a speaker, and the 3.5mm headset jack is also in close vicinity.

It would be safe to say that the Huawei P9 will get a metal frame. But whether or not the phone will come with an all-metal body that extends to the back too is something we are still not clear about. The rear might also be a glass panel if Huawei tries something premium this time.

The Huawei P9 is said to feature a 5.2-inch FullHD screen and will be powered by Huawei’s own Kirin 950 SoC (direct competitor to the Snapdragon 820). There will be dual 12MP rear cameras and a 3,000mAh battery. We might see the phone getting unveiled at the MWC in February, and if that happens, the phone will go on sale in March.