Huawei P8 was released in April 2015 and was a really good looking well-spec’d phone with an ultra-thin all-metal body. However, it was still missing out on some top-of-the-line features like a fingerprint sensor and an extremely fast processor, which is a flagship trend nowadays. However, looks like Huawei is gearing up for the next phone in the series, the Huawei P9. Rumors around the P9 had started building up in June itself, and it is quite possible that Huawei might release the phone before this year ends.

A fresh picture of the Huawei P9 has leaked out and only the disassembled camera module of the phone is displayed in the photo. Looking at the two units, we can guess that the Huawei P9 will get full white and gold colors and might look somewhat similar to the Huawei P8. We can make out that the camera module looks plasticky. Though the surprise here is the dual camera unit, which was previously seen in Honor 6 Plus. Also, there is a laser auto focus too, which has been added to the camera unit for faster focusing, resulting in simply better pictures. 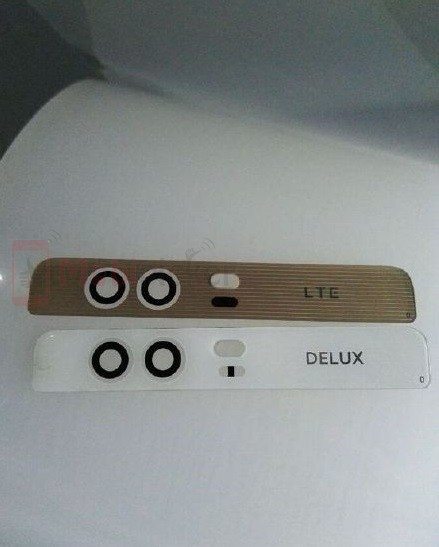 As for the specifications, previous leaks suggest that the Huawei P9 will get a 5.2-inch 1080p display and will be powered by the company’s latest Kirin 950 octa-core processor. There will be a whopping 4GB of RAM and the rear camera will be a 16MP sensor with OIS (Optical Image Stabilisation). There will be a fingerprint sensor too for enhanced security.

Rumors say that the phone might be released at the end of this year, expectedly in December. In that case, it will have to fight the Xiaomi Mi 5, which will be the first phone to get Snapdragon 820 SoC. However, the Kirin 950 octa-core SoC used in the Huawei P9 is no less than an excellent performer and will undoubtedly improve the performance in upcoming Huawei phones. While other OEMs are waiting for Qualcomm’s SD820, Huawei has been testing out the P9 with its home-made Kirin 950. Let’s see how the SoC fares when the phone is released.