New leaked images of the all new Huawei P9 have surfaced. The purported press images show a metallic body, dual-camera design and a fingerprint sensor. The company is likely to launch the Huawei P9 at the MWC to be held in Barcelona. Till now they had been able to keep the phone away from prying eyes but now it seems difficult for Huawei to keep the P9 a secret anymore as press images have cropped up showing the device in different colour variants. 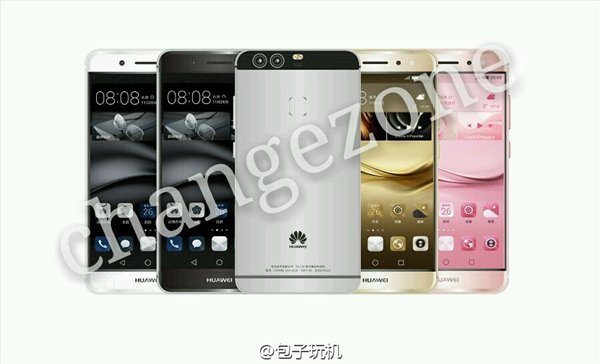 The device has been shown in white, pink, gold and grey colour variants. The images show an all metal body and a dual camera design with dual LED flash and laser auto focus. A fingerprint sensor can also be seen on the rear.

The front images resemble the previous Huawei phones which indicate towards the on-screen Android navigation with Huawei’s own Emotion UI on top. 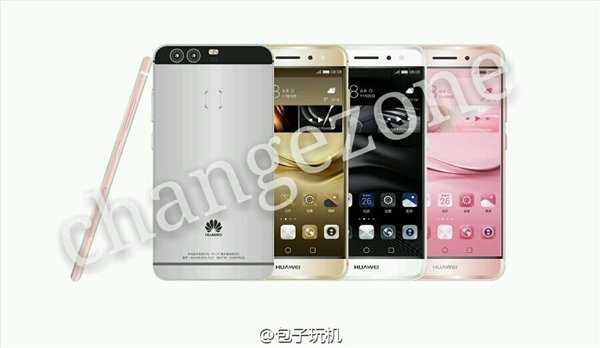 The Huawei P9 will reportedly feature a 5.2-inch FHD display, dual 12 MP rear shooters, an 8MP front shooter. It will be powered by a Kirin 955 chipset along with 4GB of RAM and a battery of 2900mAh.

The price of the device hasn’t been announced but we expect a price of around 1999 Yuan ($307) for the 16GB variant, but the 128 GB variant will definitely cost much more.

Stay tuned for more news and info and do leave your comments in the box below.