MobiPicker
News Huawei MediaPad M2 unveiled; 8-inch, Android 5.0, €349 ($391)
Share on Facebook
Tweet on Twitter
Deal Alert: 49% Off on ExpressVPN
Touted as #1 VPN in the world, ExpressVPN is now offering 49% off & an additional 3-months of service on its annual plans.

The Huawei has unveiled the MediaPad M2, a successor to last year’s MediaPad M1. The tablet will debut in France this month for the price of €349 ($391) and should reach other international markets in early June. 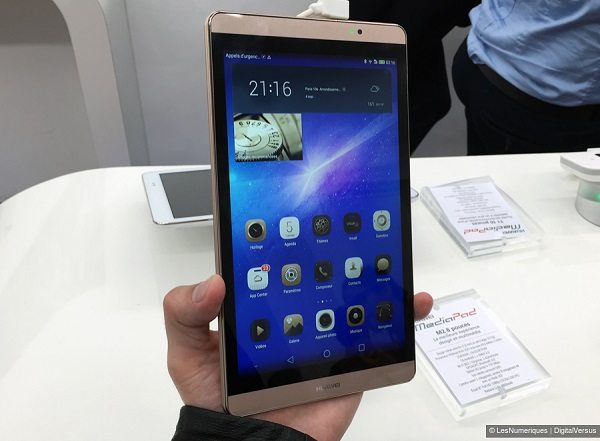 The MediaPad M2 sports an 8 inch IPS display with a resolution of 1920 x 1200 pixels, and is powered by a HiSilicon Kirin 930 chipset with 64-bit octa-core 2.0GHz Cortex-A53 processor, coupled with 2GB of RAM. It packs 16/32GB internal storage (supports microSD card), an 8 megapixel rear snapper with LED flash, a 2 megapixel front shooter, and a 4,800 mAh battery.