Earlier this month, Huawei announced their newest flagship, the Huawei Mate S phablet which is now up for pre-order in Europe since yesterday. You can pre-order it on Huawei’s own Vmall store, which was launched a month ago.

In Europe, Huawei Mate S is currently available in these countries: Belgium, Italy, UK, France, Portugal, Spain, Germany, Switzerland and Netherlands. The starting price for this device is €649 in Europe or £469 if you live in Britain, while the delivery will take up to 4-5 weeks. 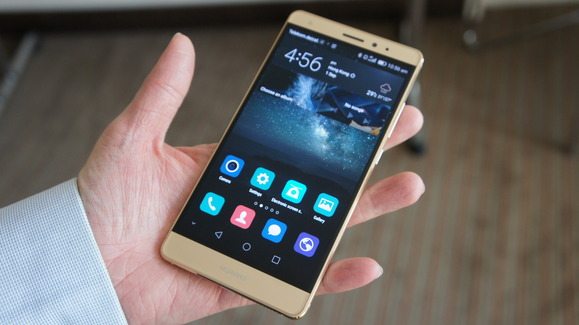 On Huawei’s official online store, Huawei Mate S is listed in two colors: Titanium Grey and Mystic Champagne, which are available only in the 32 GB option. The other versions like 64 GB and the force-touch 128 GB luxury edition, aren’t listed on the store, meaning that Europeans will miss out these types of Huawei Mate S as reported by Android Authority.

Huawei Mate S is a 5.5-inch phablet with Full HD AMOLED display. It’s powered by Huawei’s own Kirin 950 SoC chipset, with maximum speed clocked up to 2.2 GHz and has 3GB of RAM inside. This smartphone features a rear 13 MP camera on the back with OIS, 8 MP front camera with LED Flash, fingerprint scanner on the back and a 2,700 mAh battery. Its body has a full metal build, which is 7.2 mm thin at the thickest point, 2.6 mm at the thinnest point and weighs about 156 grams. It runs on Android 5.1.1 Lollipop with Emotion UI 3.1.

A very handy feature of the Huawei Mate S is the microSD card slot, which can be used either for expanding your storage or put a secondary SIM card, that would enable your phone to use two SIMs at the same time.

With all these impressive features and specs, do you think this phone is worth the price and will this phablet be able to compete with other phablets in the market? Share your opinion with us.