Huawei Mate S was introduced not long ago, and we thought that it would be the flagship device for the company in 2015. However, rumors and facts suggest that the actual 2015 Huawei flagship will be the upcoming Huawei Mate 8. The phablet will be a successor to the Ascend Mate 7 that came out last year.

According to previous rumors, Huawei will unveil the Mate 8 on 26th November, that is just one day away. And just before that, a complete set of high-quality renders have leaked out on China today, and they show the Huawei Mate 8 in all its beauty and glory. 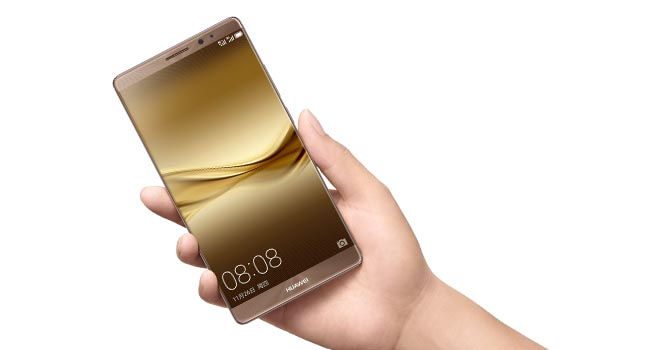 As you can check out in the images, the Mate 8 is a reflection of Huawei’s attraction towards metal. The phablet gets a full metal body, and the renders suggest that it will be available in grey, gold, and copper colors. The fingerprint sensor has been placed right under the camera sensor, which has a metal ring around it. At the bottom of the phone are two speaker grills on the either sides of the USB port.

A careful look at the renders says that the display gets 2.5D glass on it and is void of any bezels. It is also possible that the top and bottom bezels will be very thin, which would give Huawei a lead over its competitors in the display-to-body ratio.

If all the previous leaks and rumors are to be believed, then the Huawei Mate 8 will be powered by the new Kirin 950 SoC with an octa-core CPU. The phone might come with a 6-inch FullHD screen, 16MP/20MP rear shooter with dual-tone dual LED flash, 8MP frpnt camera, 3GB/4GB RAM, and 32GB/64GB of storage capacity. Android 6.0 Marshmallow with EMUI 4.0 is expected to come pre-installed in the phone, while the lights will be kept on by a 4,100mAh battery.