Huawei has launched a new handset in its Honor series in the China, dubbed Honor 4C. In terms of design, it is much similar to Honor 4X and comes in white, pink, blue, black and gold options. The Honor 4C will go on sale starting May 7th.

The Honor 4C sports a 5 inch HD screen with a resolution of 720 x 1280 pixels, and is powered by a Kirin 620 chipset with an octa-core 1.2GHz processor and Mali 450 GPU. Other specs are similar to Honor 4X including a 2GB of RAM, 8GB built-in storage (expandable), 13 megapixel rear snapper with LED flash, and a 5 megapixel front shooter. It comes with dual-SIM support with dual standby and runs Android 4.4 (KitKat) OS with Emotion UI 3.0. A 2,550 mAh battery lights on the Honor 4C. 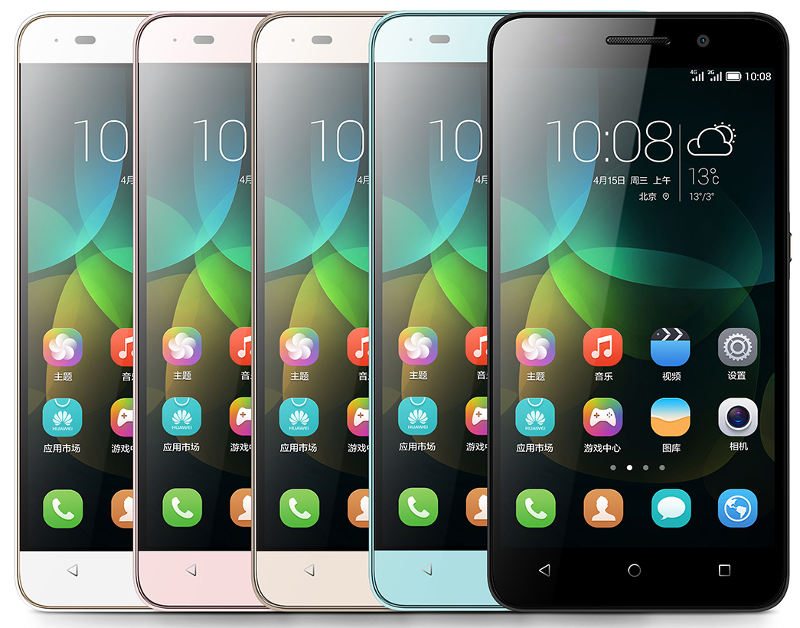