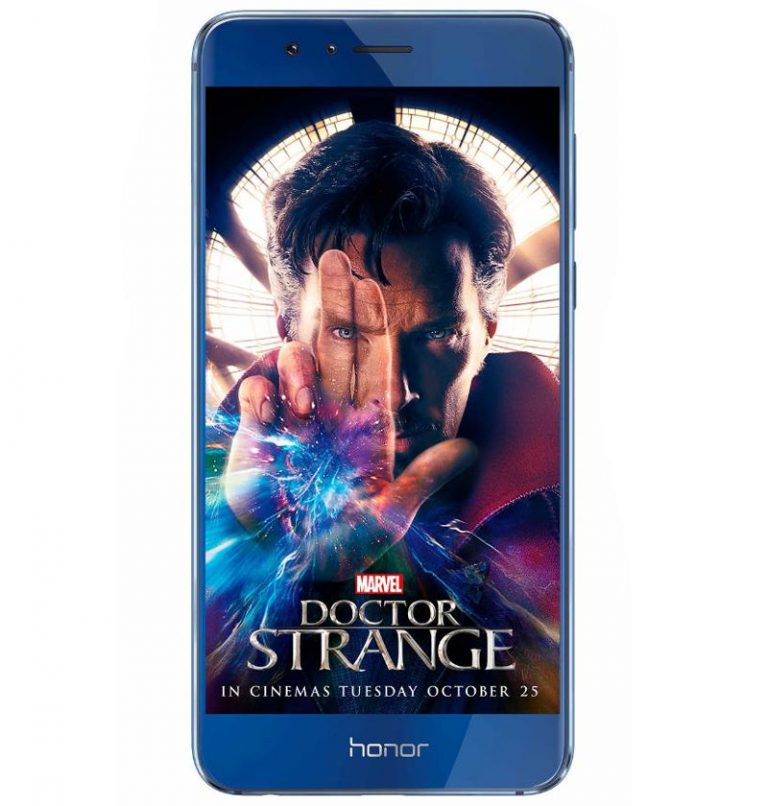 The limited edition Honor 8 will come with special offers. Honor is offering its customers a chance to claim two adult cinema tickets for Doctor Strange and four Marvel movie downloads. However, only the first 3,000 valid Honor 8 handset registrations will receive free cinema tickets. Also, all four Marvel movie downloads must be redeemed via Google Play by 31 January 2017. The promotional offer will available for fans on purchase an Honor 8 handset via Three [exclusive network provider of Honor devices] in the UK. The offer started on October 3rd and will continue until 30 November 2016. The Doctor Strange limited edition Honor 8 will also be given for free to some lucky fans through the Marvel UK Facebook page. 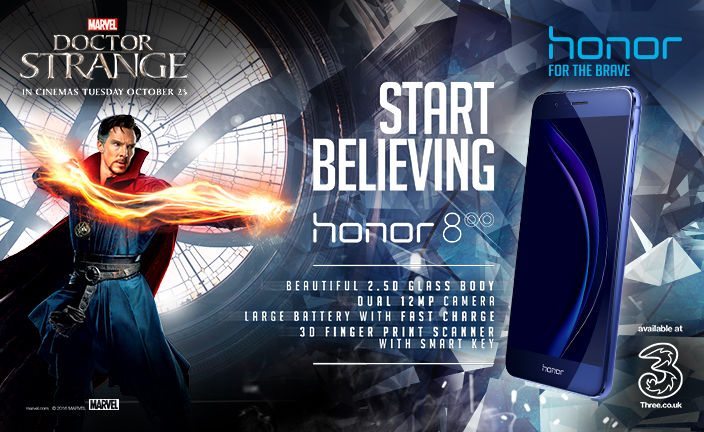 The Huawei Honor 8 sports a 5.2-inch display with a full HD [1080p] display. It is powered by an octa-core HiSilicon Kirin 950 processor along with Mali-T880 MP4 GPU, and 4GB of RAM. The smartphone comes with 128GB internal storage, which is further expandable up to 32GB via a micro SD card. It runs Android v6.0 (Marshmallow) OS. The new smartphone sports dual 12-megapixel rear cameras, and an 8-megapixel front camera. Connectivity options include 4G LTE support, Wi-Fi 802.11 ac 5GHz, hotspot tethering, Bluetooth v4.2, GPS, NFC and USB type C. S. It is backed by a 3,000mAh battery and features a 3D fingerprint sensor.

The Honor 8 was launched in the UK and Europe in August. It is available at a price of £369.99 [approx. 30,000]. Doctor Strange will be released on October 25th in the UK. It features Benedict Cumberbatch as a mystical magician from the popular comic books.