Huawei is all set to launch its Honor 8 smartphone in India within few weeks. Honor is a sub-brand of Chinese telecom giant. The new Honor 8 was showcased at a special preview session in Goa this week. It sports most features of the Huawei’s flagship P9 device, except the Leica lens. The company might also launch its first ‘Made in India’ phone around the same time. 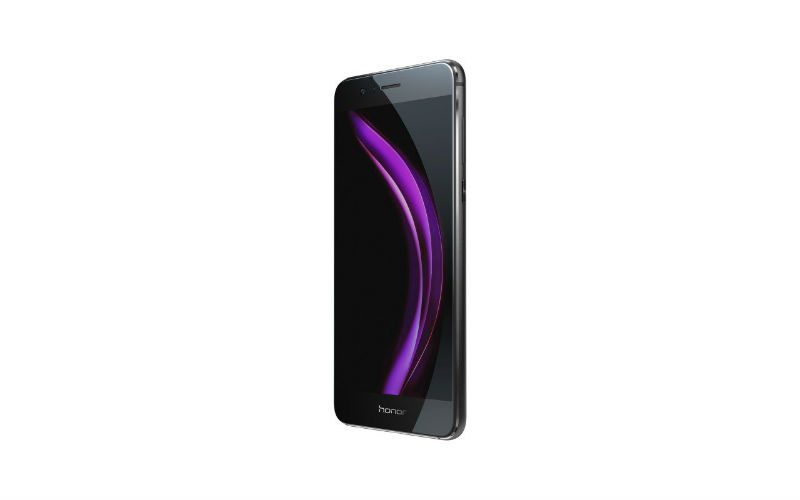 The Huawei Honor 8 features an aluminum frame and weighs 156 gm. The curved metallic sidebars have no edges for an easy grip. It is protected by 2.5D Corning Gorilla Glass on both sides. The new handset sports a 5.2- inch LTPS display with Full HD resolution and a pixel density of 423ppi. The device comes with a fingerprint reader on the back. It is powered by a HiSilicon-designed [with 16nm process] Kirin 950 processor along with the Mali-T880 MP4 GPU and 4GB of RAM. The handset is supported by 32GB internal storage which can be further expanded up to 256GB via a micro SD. It runs Android 6.0 Marshmallow OS with Huawei’s Emotion UI version 4.1 on top.

The Huawei Honor 8 sport two 12MP cameras stacked side-by-side on the back. While one features a monochrome sensor, the other features an RGB one. The dual camera setup is supported by combinations of a laser-assisted focus system and a contrast-based focus detection system. Camera features include multiple shooting modes, including a Pro mode. Connectivity options include a 4G, Wi-Fi 802.11a/b/g/n/ac (dual-band), Bluetooth v4.2, GPS, NFC, an infrared port, 3.5mm headphone jack, and a USB Type-C port. The Huawei Honor 8 is backed by a 3,000mAh non-removable battery.

The Huawei Honor 8 will be available in India in three colors – White, Black, and Blue. There is no news about the pricing as yet.