Huawei’s subsidiary, Honor, is all set to launch its new mid-range smartphone, the Honor 7X, on October 11, 2017.

The official specs of the phone are yet to be confirmed, however, rumors have it that the new Honor 7X will feature 5.5-inches display. It will run EMUI 5.1 based on Android 7.1 Nougat.

As far as the price is concerned, there were speculations that the Honor 7X will be priced somewhere between CNY 1500 and CNY 1800. Well, thanks to a leaked presentation, we now have the confirmed pricing details. Not only that, we now know that there are two variants of the Honor 7X. The model with 3GB RAM and 64GB storage will cost CNY 1799 ($271), while the top variant with 4 gigs of RAM and 64GB internal storage will cost CNY 2099 ($316). 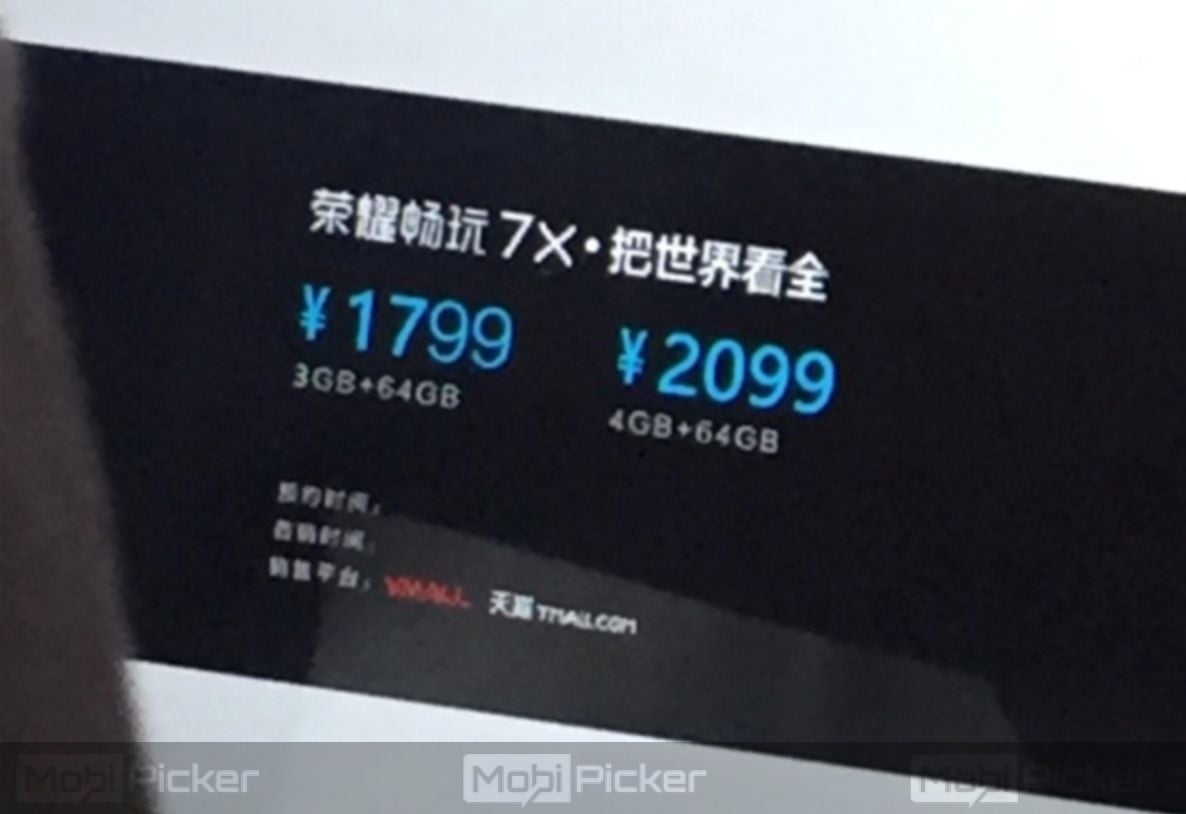 The Honor 7X recently made a visit to Geekbench too. The phone is labeled as “Huawei BND-AL10” on benchmarking site and reveals the presence of 4GB RAM and Android 7.0 Nougat. The smartphone scores 909 points in the single-core test, while 3159 in multi-core test. 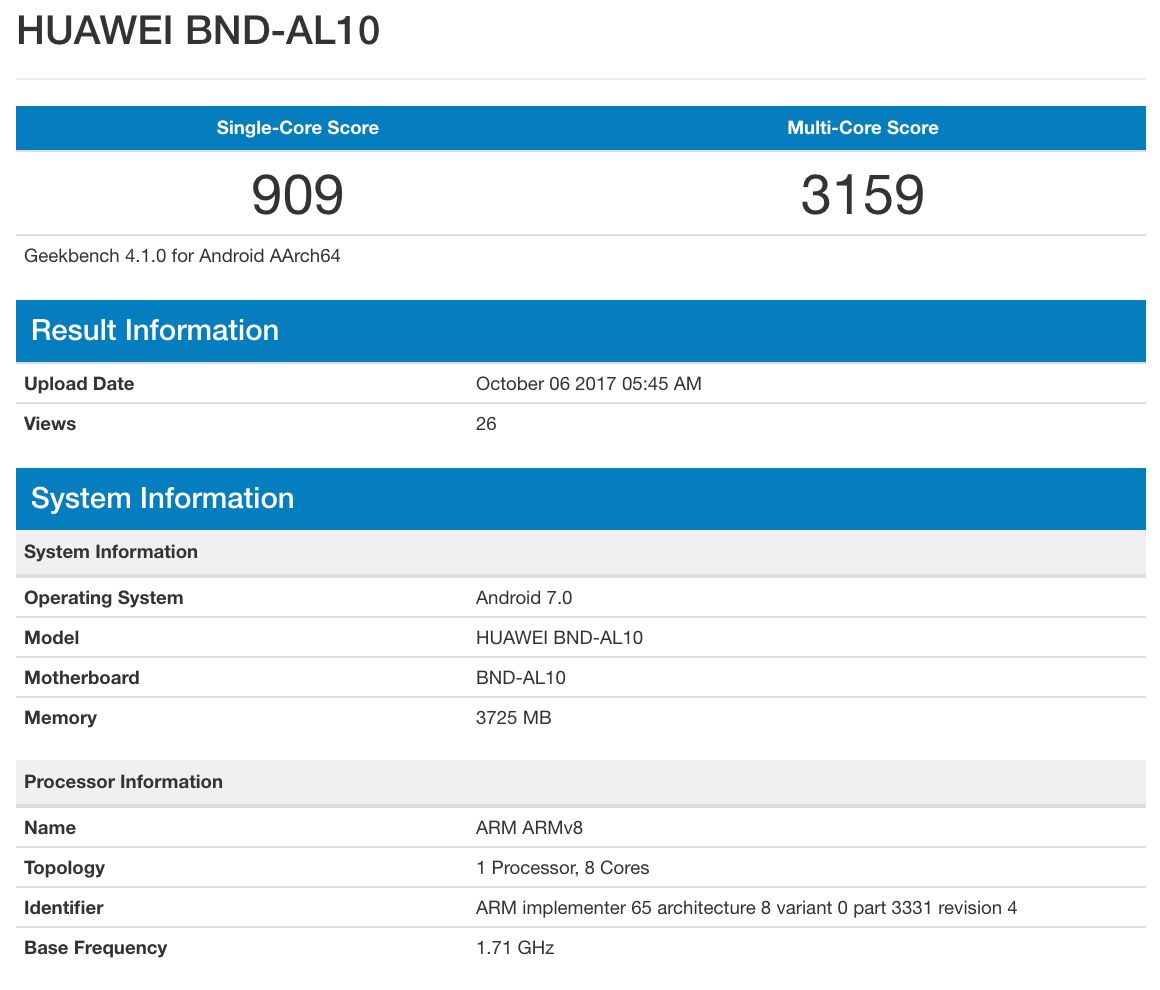 According to rumors, the new Honor 7X will be powered by Kirin 659 SoC, which an upgraded version of Kirin 658 that powers the smartphones such as Huawei Nova Youth and Huawei P10 Lite.

Thanks Li Wei for the tip.