The Huawei Honor 7, which was introduced in China back in June this year, was a big hit with 9 million pre-orders in its first week. Then the phone made its debut in Europe earlier this summer, at the price of €350, and now it’s all ready to make its way to the most competitive market – India.

The company has announced that the Honor 7 will be announced in the India on October 7th. However, it is not yet confirmed whether or not the smartphone will be available for purchase on the same day. The price for which Honor 7 will hit the Indian market is not known yet, however rumors suggest the best price to be at Rs. 20,000, which is cheaper than the European version. 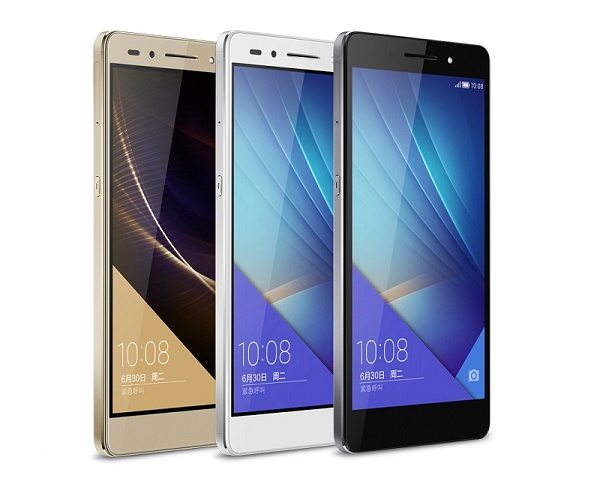 International variant of the Huawei Honor 7 is available in single-SIM, but given to the Indian customers’ interest in dual-SIM phones, it is possible that the company will offer the double SIM variant as well. The phone is currently running Android 5.0 Lollipop OS, but expect Huawei to roll-out the Marshmallow update for the Honor 7 in the first phase itself.

Equipped with a Full HD 5.2-inch IPS-NEO LCD display, Huawei Honor 7 is powered by an octa-core 2.2GHz Kirin 935 processor coupled with 3GB of RAM. Internal storage options are limited to 16GB and 64GB, and can be further expanded up to 128GB via microSD card.

The Honor 7 features a fingerprint scanner for enhanced security of your important and confidential data. A 3100 mAh battery keeps the flagship running. Photography lovers will be happy with the phone as it gets a 20MP primary shooter with dual-tone, dual LED flash along with an 8MP selfie snapper on the front.