The Huawei Honor 7 smartphone, which was released back in July 2015, has started getting the most talked Android 6.0 Marshmallow update in India. If you are an owner of the Honor 7, you will need to register your handset’s IMEI number and current software version in order to receive the latest update. According to the company, the update will hit the device within 24 to 48 hours after completion of registration. 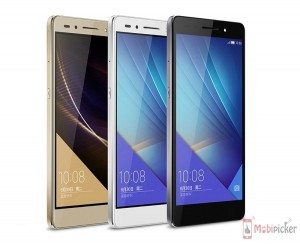 The Android 6.0 update for the Huawei Honor 7 includes all the Marshmallow goodies including Doze, Now on Tap, special App permissions etc. Thanks to Doze, you will notice huge improvements in the battery life and standby time.

This comes just a few weeks after Huawei announced Android Marshmallow Beta test for the Honor 7 users in the UK. For those who are not aware, the company recently released a new version of the handset, named Honor 7 Enhanced Edition, with Android 6.0 Marshmallow OS and 32GB built-in storage.