Honor 7 which have been released earlier this month in China where it sold 9 million units as a pre-order, is now available outside China also through OppoMart, an online eTailer. However the handset seems to be an expensive device when ordering through OppoMart rather than buying it straight from China (US$ 429 + US$ 20 for shipping). 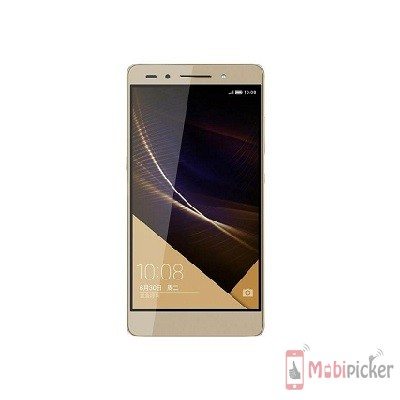 The Huawei Honor 7 which can be bought from OppoMart only supports LTE band 1 and band 3. This means the device is compatible with LTE networks in some European and Asian countries, however will not work in North America. Huawei Honor 7 features a 5.2-inch screen with 1080p resolution display and is powered by a 64-bit octa-core HiSilicon Kirin 935 processor whose heart is throbbing at 2.2 GHz and will adorn a 3 GB of RAM. With microSD card support is it juiced up by a 3,100 mAh battery, and Android Lollipop. The new Honor 7 also features a fingerprint scanner with a 20 MP rear snapper with auto focus, and an 8 MP selfie shooter.

Honor 7 will release officially in Europe later this year. However Huawei didn’t commented on whether the company is planning to launch the device in North America. Keep visiting MobiPicker for more information.