As expected, the Chinese brand, Huawei, has outed its long-anticipated Honor 7 smartphone during an official press event in China. There are three variants of the phone adorned with metal alloy chassis, with differences in just storage and connectivity part. The first model comes with a 16GB built-in memory and LTE radio, then next keeps the same storage but features dual-SIM dual standby with LTE, and the last one offers an increased space with a 64GB native storage. 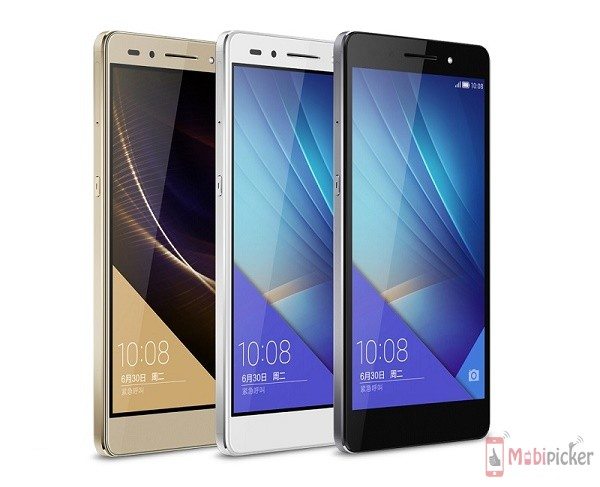 Rest of the Specs are same for all stylish and beautiful Huawei Honor 7 versions, including a 5.2 inch 1080p Full HD display with a pixel density of 423ppi. Supported with 3GB of RAM and ARM’s Mali-T628 GPU, the trio is powered by Huawei’s own Kirin 935 SoC with four Cortex-A53 cores clocked at 2.2GHz, and four Cortex A53 cores clocked at 1.5GHz.

The Huawei Honor 7 measures 143.2 x 71.9 x 8.5mm with a physical weight of 157g. It is graced with an 8 megapixel front shooter with wide angle lens, along with a 20 megapixel unit on the flip side sporting Phase Detection Auto Focus to boot. The rear camera comes with new Sony sensor, with an f/2.0 aperture, and 6-lens module. Just below the rear camera, you can notice a fingerprint scanner, similar to Huawei Mate 7, which can unlock the device with a single tap. 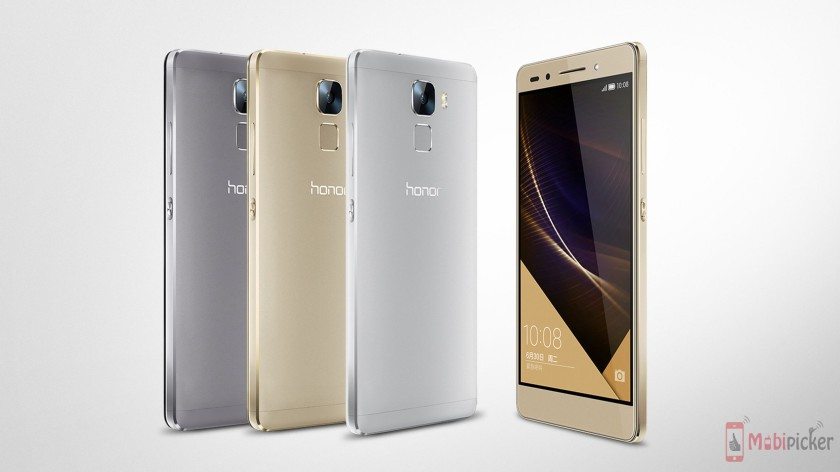 The new device is powered by a 3,100mAh battery, that comes with a quick charge feature to juice up 50% of battery in mere 30 minutes, or 100% in 85 minutes. The Honor 7 runs Android 5.0 Lollipop out-of-the-box with new EMUI 3.1 on top. As far as connectivity is concerned, the phone comes loaded with a number of options, including NFC, Bluetooth 4.1, Wi-Fi a/b/g/n/ac, GPS with A-GPS, GSM, WCDMA, and LTE.

Stay tuned on MobiPicker for all latest Huawei Smartphones News.