Huawei presented a new member of its Honor sub-brand, the Honor 6X. After the Honor 8, Honor 6X will be the second smartphone from Huawei that will be available on the US market. Huawei is on a way to become the second largest smartphone manufacturer in the world, the last piece of the puzzle being the US market breakthrough. 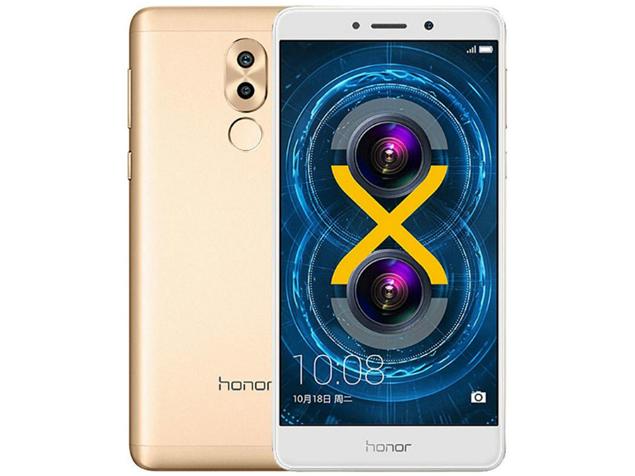 One will sport 3 GB of RAM and 32 GB of built-in storage, and the other will come with 4 GB of RAM and 64 GB of internal storage. Storage can be expanded via SIM 2 slot (up to 256 GB). Dual camera setup consists out of 12 MP main sensor and a 2 MP auxiliary monochrome sensor used for bokeh effect. Dual camera setup is capable of simulating a wide aperture, enabling the camera to highlight subject’s front and center as it detects depth-of-field. On the front, there’s an 8MP snapper, and on the back, you can find a fingerprint sensor. The phone comes with a microUSB 2.0 port instead of support for the new USB Type-C port and a battery capacity of 3,340mAh. The phone will be available in three color choices: gray, gold, and silver.

Honor 6X is made for the Instagram filter-loving millennial generation, and its high-quality main camera should provide excellent photos for the price, noticeably lower when compared to other devices sporting dual camera lenses on the back. For instance, dual camera Honor 8 costs $400 – although Honor 8’s setup comes with two 12 MP sensors on the back – while the Honor 6X comes with a starting price of $250 (for the 3GB/32GB version).

The phone will be available in the US market starting January 15 and should later come to other global markets. Preorders already started on January 4.